Scrum Guide | 38. What is a Sprint Retrospective? 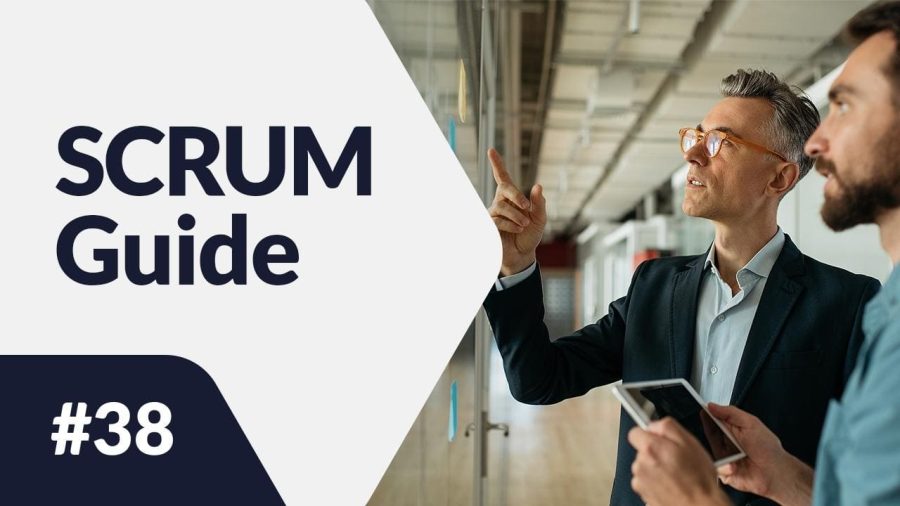 Sprint Retrospective is a Sprint wrap-up event that only Scrum Team members can attend. This allows it to be fully dedicated to the internal affairs of the team. This is because the Sprint Retrospective is primarily used to reflect on current working methods, as well as to discuss suggestions for improving them.

What is a Sprint Retrospective? – table of contents:

Sprint Retrospective is the meeting that ends each Sprint. It is one of the Scrum Events, which we wrote about in an overview in a separate article.

According to the official Scrum Guide, a Sprint Retrospective takes a maximum of three hours for a monthly Sprint. Or correspondingly shorter if the Scrum Team works in shorter cycles.

Objectives and topics of Sprint Retrospective

Because the issues raised are often sensitive and touchy, the Sprint Retrospective is a closed event. We can formulate its objectives in the following way: 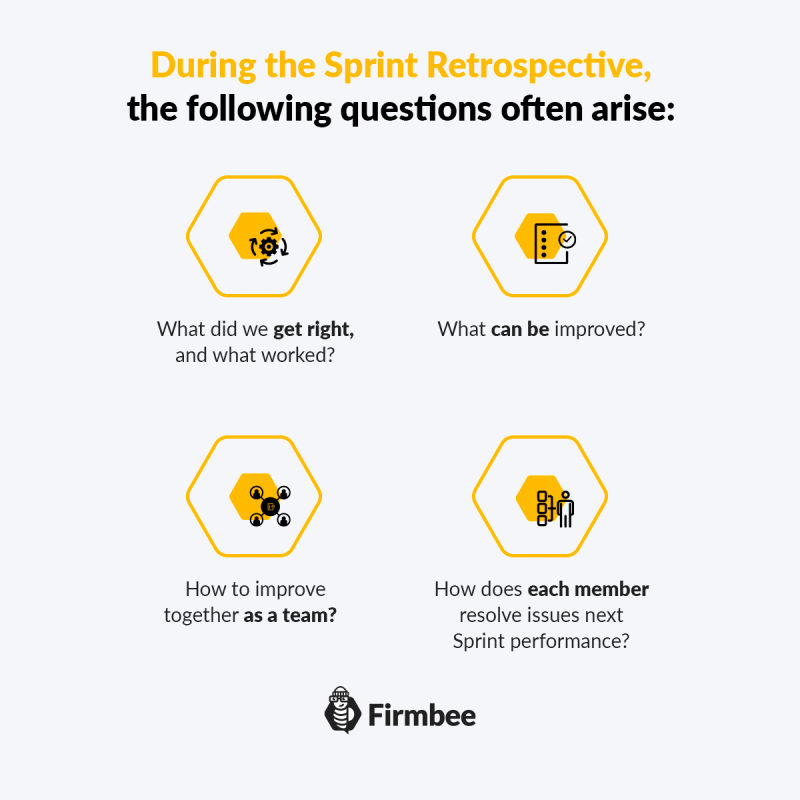 The result of the answers to the above meetings is not only a clear picture of the Scrum Team’s principles of cooperation available to all its members. The Team also makes commitments to improve cooperation and team behavior, which will be implemented in the next Sprint.

How to conduct an effective Sprint Retrospective?

Because the Sprint Retrospective is a difficult meeting, the role of the Scrum Master who moderates the discussion is crucial. Ideally, he or she should suggest to the Scrum Team members to speak next. For example, he can ask everyone to give a one-sentence summary of the ending Sprint.

Problems to be discussed

Since talking about problems in the team can stir up a lot of emotion, a common solution is to write down the issues to be discussed on separate pieces of paper. This makes it easier to express your opinion. It’s also easier to spot larger problem areas and issues that more people have concerns about.

If there are too many issues that Scrum Team puts forth, you can start by discussing the major ones. Or select collectively which issues are the most important in the opinion of the Scrum Team.

You can postpone problems for which there was not enough time during the Sprint Retrospective to the next retrospective. Of course, only in case they still occur.

The most important parts of the Sprint Retrospective, however, are discussion and making commitments.

The discussion should focus on the causes of the problems, the moments when they occur, and their impact on the functioning of the Scrum Team. It is worth considering whether their occurrence can be avoided and with whom to discuss their solution.

Making commitments is just as important as diagnosing the problems because just knowing they exist and the causes do not translate into solving them. The result of a Sprint Retrospective is usually several commitments. If the problem affects the whole team, often one of the team members is committed to paying special attention to a particular problem in the next Sprint. And to propose its solution, or even to solve the problem itself. If, on the other hand, the problem concerns the action of a specific person, he or she commits to change his or her behavior as early as the next Sprint.

Sprint Retrospective is a summary of a Sprint from the perspective of collaboration between Scrum Team members. Its purpose is to improve efficiency and nurture the three pillars of empiricism: transparency, inspection and adaptation. Transparency, whereby all collaborators talk frankly with each other about both successes and problems that arise in the team. Inspection, which involves the frequent and reliable diagnosis of the situation in the team, and adaptation, i.e. correcting errors that arise on an ongoing basis.