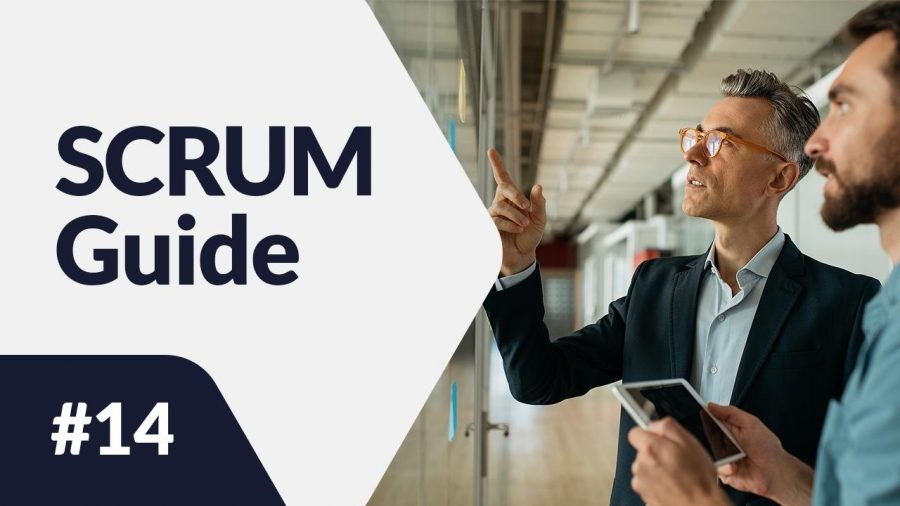 The Development Team is a group of independent professionals. However, the success of the project they implement depends on their joint efforts. And this requires a lot of maturity and teamwork skills. What are the most common mistakes of Developers? Which of them make the pursuit of the Product Goal difficult or even impossible?

Many of the mistakes of Developers working in Scrum have their origin in their approach to teamwork. On the one hand, it is misunderstood independence and defending one’s ideas against the team’s interests. On the other hand, it is relying on others and the lack of independence. Another source of problems may be a misunderstanding of team responsibility. 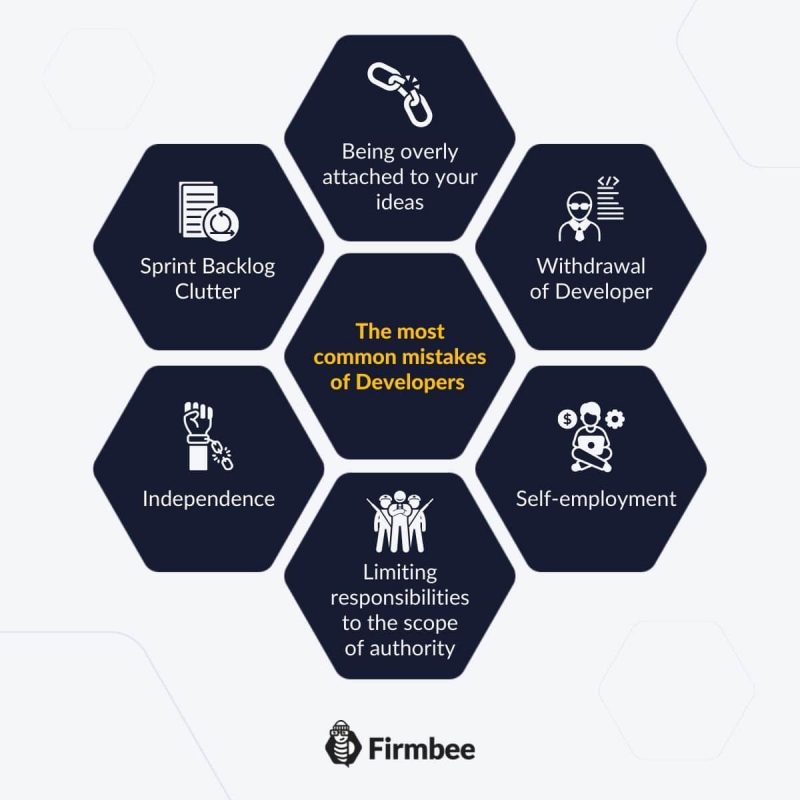 Being overly attached to your ideas

Developers’ daily responsibilities include finding innovative solutions to complex problems. The effort put into developing solutions can cause them to become overly attached to their ideas. This in turn makes them lose sight of the Product Goal and spend too much time developing side solutions that are not useful from a business perspective. And they are also less willing to look for alternative solutions, which threatens the agility of the Team.

If any Developer has difficulty understanding their role on the Team, they will try to separate their tasks from the Sprint Goal. Worse yet, they will do them without reference to the rest of the Team. It can also become a problem if they arbitrarily make changes to the Sprint Backlog. This is how the misunderstood independence of one of the Developers can stem from communication problems.

An excessive desire for independence can be rooted in a lack of recognition for a Developer’s individual accomplishments. It appears when his or her contribution to the work done by the Team is evaluated out of proportion to the effort put in and the difficulty of the task.

Working on your own can become a source of serious conflict within the Team. That is why it is so important for the Scrum Master to react and solve the underlying problem as soon as possible. This is because it may turn out that the mistake does not lie with the Developer, but with an incorrect assessment of their involvement.

The problem resulting from the previous two – working on your own and being overly attached to your own ideas – can be a problem of lack of communication. Then those Developers start to isolate themselves from the Team. Although they perform their tasks according to the Sprint Backlog, they withdraw from the life of the Team.

In such a situation the Scrum Master should pay special attention to the withdrawn Developers. Appreciate their contribution to the Team and encourage them to adopt a proactive attitude.

Self-organization is a characteristic of a mature, well-composed Development Team that we described in a previous article. It means that despite difficulties, Developers do not rely on other people to tell them how to distribute tasks among themselves, how and when to complete them. However, self-organization can give rise to interpersonal misunderstandings.

In such a case, it is necessary to have the Scrum Master present at all times to make sure that the tasks that need to be done to achieve the Sprint Goal are distributed. This is when the problem of dependency of Developers arises.

Again, the Scrum Master should come to the rescue by encouraging the Development Team members to be self-determined and take responsibility for their tasks.

Limiting responsibilities to the scope of authority

Another problem that Developers have to face, especially in the forming Team, is the unwillingness to perform tasks other than those belonging to the Developer’s core competencies.

This mistake can lead to a significant reduction in the effectiveness of the Development Team. Not all Sprints utilize the core competencies of each Team member. Therefore, they must be open to performing other, ancillary, or organizing tasks that are equally relevant to the Sprint Goal.

One such task is keeping the Sprint Backlog in order. It is a key task for the smooth operation of the Development Team. However, a common mistake is shifting the responsibility for keeping it between Developers. This hinders not only the work on the Sprint Goal but also the development of the Team and its ongoing improvement.

In summary, the most common mistakes of Developers include attempts to cut themselves off from the Team as a whole: working on their own, pushing their own ideas, and becoming withdrawn. The integrity of the Development Team is also threatened by problems with developing independence, clutter in the Sprint Backlog, and Developers’ unwillingness to perform duties outside their core competencies.