Who is the COO and what are their 12 ultimate responsibilities?

›Blog ›Business ›Who is the COO and what are their 12 ultimate responsibilities? 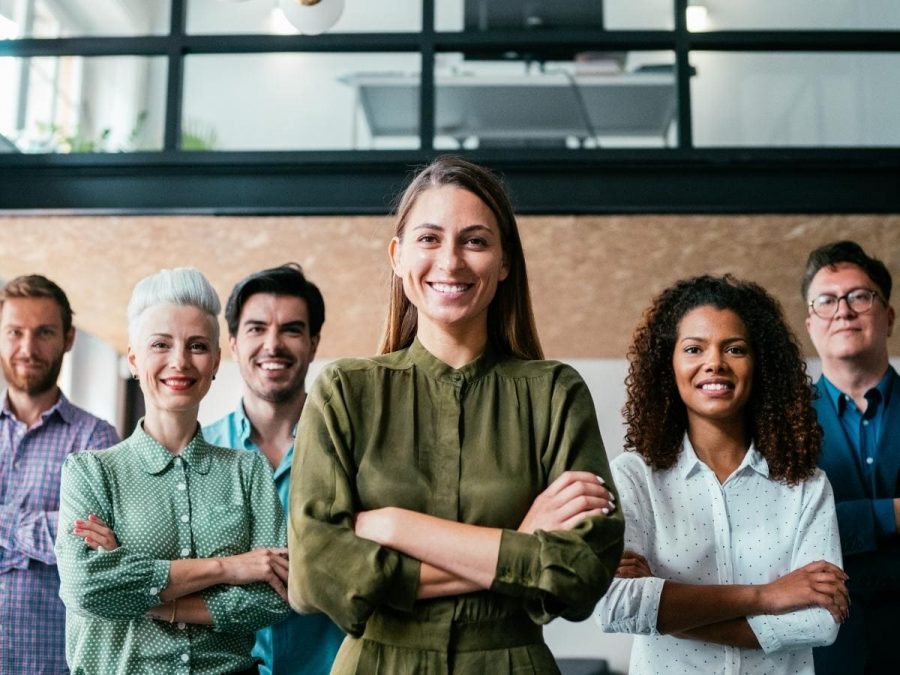 Are you wondering who is the COO? In many companies, especially large ones, you need a person who oversees all the processes that take place in the organization. In most companies, this is the chief operating officer, the second person in the company after the CEO. He or she knows what everyone is currently doing in the various departments as well as what problems the company and its employees are struggling with. So today let’s take a look at who the COO is and what his role in the organization is.

Who is the COO and what are their responsibilities? – table of contents:

Who is the COO?

The COO, or chief operating officer, is responsible for the day-to-day business operations of a company. This is the person who directly reports to the president (CEO) and plays an integral role in leading the organization. The relationship between these two individuals in a company is apparent. The CEO is the visionary, so to speak, while the COO has an executive function. The COO develops strategies and sets goals for the organization as well as oversees the daily administrative and operational functions of the company.

The Role of the COO

The role of the COOs is vital to the organization because they run the day-to-day business operations of the company, working closely with department managers and supervisors to support the day-to-day activities of employees. While the CEO is more concerned with holistic elements, such as the company’s overarching goals and strategy, the COOs typically oversee internal, day-to-day operations. In doing so, they support the CEO’s vision and strategy.

Responsibilities of the Chief Operating Officer

The COO creates the strategic vision and management of the organization and oversees the management, operational and administrative processes within the company. It is important that he/she communicates with other teams and ensures cross-collaboration to improve performance.

There are seven primary reasons why companies choose to hire a COO this establishing seven roles that COOs can play in an organization. These roles are:

Let’s go over the differences that exist between the positions: of CEO and COO. They are presented in the table below. 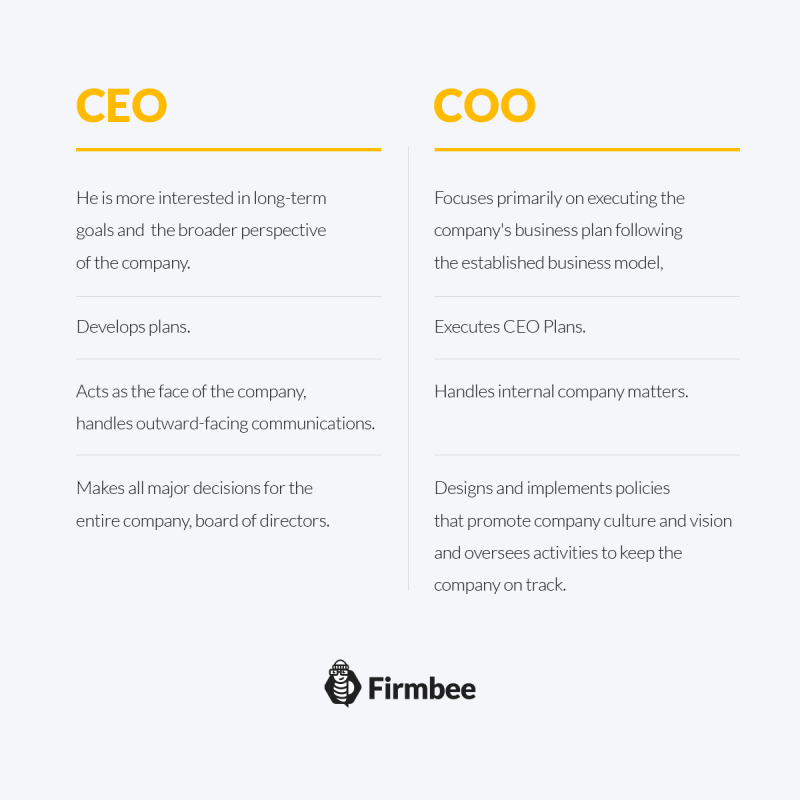 Who is the COO? In this article, we got an answer to this question. The Chief Operating Officer (COO) is a role that combines the functions of a chief executive officer and a manager. It is a role that is crucial for the company to achieve its goals, especially when the company structure is extensive. The binder in the form of the COO then proves as a key figure important for the company’s employees. It’s the one who can consult with the company’s management board on the direction of workers’ actions. The CEO treats the COO as chief deputy while the entire business can count on sustainable development thanks to the COO’s actions.

Read also: What is a CEO?