What is a CEO?

›Blog ›Business ›What is a CEO? 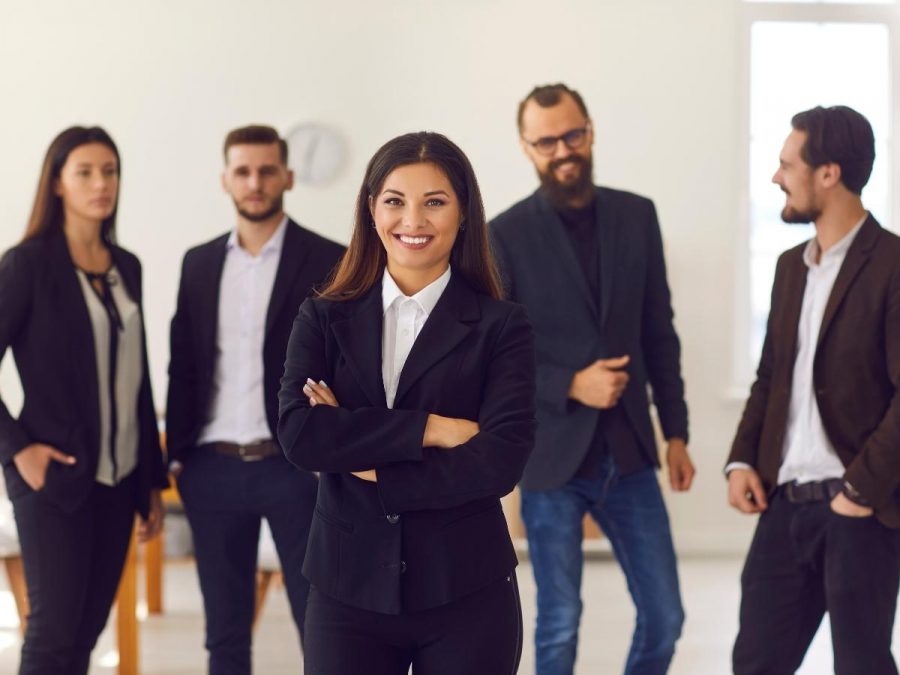 Research by The Economic Policy Institute shows that CEOs of America’s 350 largest companies earn an average of $24 million, or 351 times more than the average employee. In addition, they influence 45% of the company’s generated profits. These numbers are impressive enough to indicate that the CEO is the key position in any modern organization. In the following article, we will try to define what is a CEO and see what its scope, role and responsibilities.

What is a CEO? – table of contents:

What does CEO mean?

The acronym CEO stands for Chief Executive Officer – the most senior person in the company. Each company defines its own procedures, based on which people in different positions function. Usually, however, the CEO is responsible for the overall functioning of the company. is the glue that binds the entire company together.

CEO’s tasks focus around the development of the company, ensuring its profitability, as well as enforcing actions and processes carried out at lower levels. The CEO is the one who is ultimately responsible for ensuring the company processes run in a coordinated manner and that they are effective and profitable. Their job encompasses a wide range of duties including the creation of the company’s mission and strategy, implementation and control of long-term plans for the company, leading the organization, analyzing reports on the company’s activities, key decisions that affect the development of the organization, such as investments, restructuring, or acquisitions. Thus, they play key role in every stage of the company’s functioning.

What does a chief executive officer do?

We cannot point to uniform standards of CEO functioning in every organization. Much depends on the size of the organization, its characteristics, industry. However, here’s the list of some general tasks that CEOs perform:

Duties of the CEO: 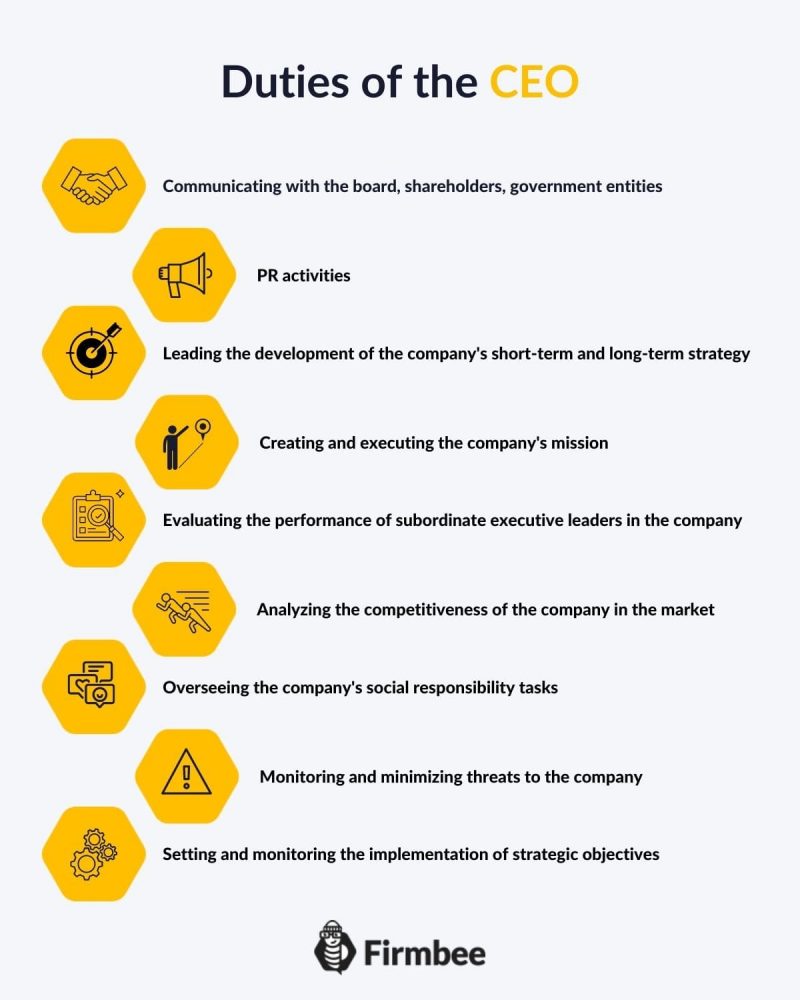 CEO of a large and small company – the differences

Do not let the above-mentioned range of activities mislead you. Everything depends on the size of the company and how much influence the CEO has on the activities and results of the company.

Usually, especially in large corporations, the role of the CEO is limited to making strategic decisions at the highest level. These are not simple tasks, since to make such decisions it is necessary to know the current functioning of the organization. This is slightly different in smaller companies, where CEOs are often more involved in the day-to-day operations of the company.

The easiest way to see the full scope of activities of CEOs is to look at their daily activities. Let us use the How CEOs Manage Time study to do this. According to the study, 72% of CEOs’ time is spent in meetings.

Another distinction indicates that 25% of CEOs’ time is spent on maintaining relationships, 25% on analyzing how the company operates, 21% on developing strategy, and 16% on shaping culture and work organization. They spend 1% of their time on crisis management and 3% on customer relations.

CEO only in large organizations?

The operation of the name CEO varies from country to country. In the United States, the CEO is called the president of both a large and a small company. In the UK or Australia, on the other hand, it denotes a person in charge of a public limited company. The person managing the company then has the title of managing director.

How to become CEO of a company?

CEO in a startup

Increasingly, the role of the CEO is already given at the startup stage. Usually, such a person is responsible for more functions than just management. He may be a marketer, product manager or financial director. He performs many functions that at later stages can be delegated to experienced employees.

As the startup grows, the CEO shifts from performing many necessary duties to a managerial role. Initially, his multiple roles allow him to assert himself and minimize costs. Gradually, to increase the employment and profitability of the company, he can afford to make changes in the scope of his functions.

The CEO is the most senior person in a company or organization, responsible for the overall success of the company. However, there is no single definition of the position, nor is there a single scope that can define his or her activities. Different functions entail those working in a large corporation, yet they significantly differ in a startup. Nevertheless, it is worth knowing the term it’s general meaning.

Read also: How to become a CFO?