Storytelling in marketing – the most important rules

›Blog ›Advertising ›Storytelling in marketing – the most important rules 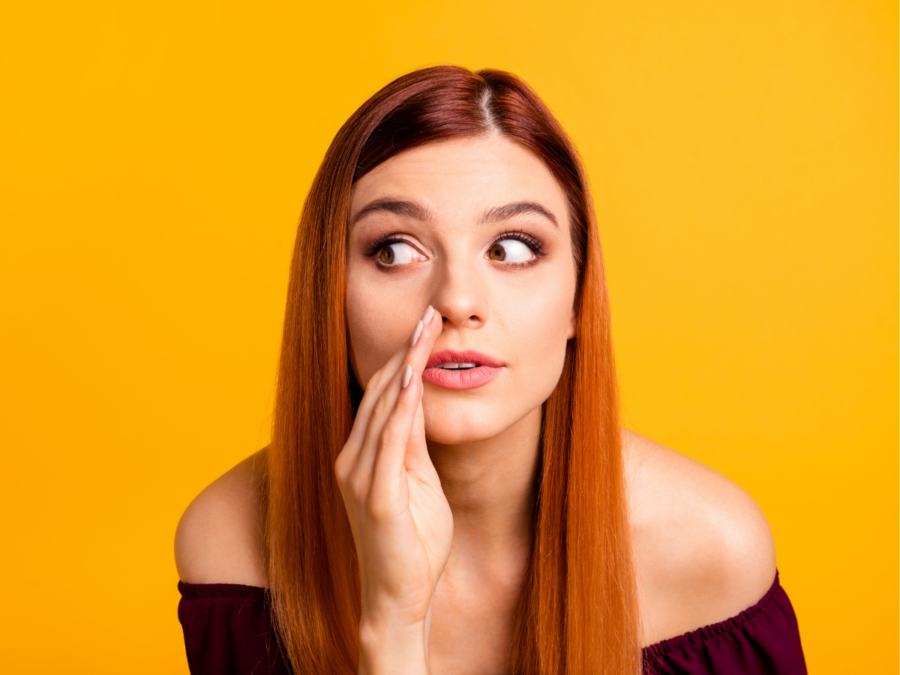 “Tell the story of the screws we produce in such a way that the story is as moving as the tale of Romeo and Juliet.” A seemingly impossible task, right? But people in charge of public relations forming or content marketing in many companies very often have to face the topic of storytelling in marketing. How do they go about it? To find out how to master some tricks of marketing trade and sell screws like bread, dive into our read.

Storytelling in marketing. Table of contents:

When it comes to storytelling in marketing, first you have to consider the role of a narrator. A content marketer is partly a journalist, a copywriter and a traditional writer.

These three professions differ when it comes to writing goals:

Rarely do we need to fulfill all of these roles simultaneously. Think of the Romeo and Juliet story mentioned above. Here the author didn’t particularly have a lot of facts to stick to. He also didn’t care that we had to do a specific thing when the reader finished.

Emotion was all that mattered in this case. The same is true for you. Think about the goal you are trying to achieve. And then choose the arsenal most appropriate to it.

How do you start so that the reader gets to the end?

When you write, realize who you are writing for. Imagine your reader: where are they, what are they doing, what might draw them away from your text?

When writing an article, start by describing the persona for whom the text is being written. Sometimes it’s more than one person. Right now, I’m imagining you – you’re reading an article, with a smartphone and laptop lying next to you, right? These are my enemies, the “digital distractions.” I have to face them, challenge them to a duel where your engagement is at stake. If I write well, you’ll find that the incoming email can wait.

Robert Cialdini, one of the most important social psychologists you may associate with from his book “Influencing People” had a very similar work with his students. They ignored his story whenever they heard the bell ring.

When he was done, he took the papers from the left-hand stack and tried to “distill” what interested him. He described the results in the mysterious article, ‘What’s the best secret way to engage students? The answer is in the title.”

A mystery is a great way to draw your reader’s attention. But it’s not the only one.

Storytelling in marketing: keys of fascination

Sally Hogshead has written a brilliant book called “Fascinate them!”. In it, she defines 7 keys of fascination (mystery being one of them) that will keep your reader’s engagement from wandering to different places…

What – besides mystery – are these keys?

Cover the story with emotions

Many people in charge of storytelling in marketing think that their job is to convey facts. More often than not, they are wrong – facts have been devalued a lot.

This does not mean, of course, that you can lie. It’s just that a reader who has already once acquired knowledge of facts (for example, that your company has launched a new product model) is not interested in reading a text from which… Well, exactly. From which he will learn about things he already knows. That is why your task, when working on storytelling in marketing, is usually to cover the story with emotions. And this is a completely different story…

Creating emotion in the text is relatively easy, I would say templated. You only need to master a few basic tools.

The first of these is monomyth. The word comes from a book by Joseph Campbell called “The Hero with a Thousand Faces” and it means a kind of the main body of a story that we are used to constructing a young age – it can be found in myths, fairy tales, commercials, and movies. What does this skeleton consist of?

Example from “The Lion King”

There is a hero, like Simba in “The Lion King” or Cinderella. He lives his life without bothering anyone when at some point he experiences what Campbell calls separation – his or her life takes a sudden turn for the worse. Luke Skywalker’s uncle is killed by Empire soldiers, Simba’s father dies, and Neo learns that our world is an illusion created by machines.

This moment of separation is a very important part of storytelling in marketing – it’s the moment of building emotion, it’s a source of conflict.

A character wants something they can’t have (like Romeo wants to be with Juliet), is separated from something they care about (like Jean Claude van Damme in any movie where his family is kidnapped), or seeks redemption for something stupid they did (like Simba for Mufasa’s death). Your reader, at this point, already knows if they want the protagonist to achieve his goal and… starts rooting for him.

Big brands use those rules of storytelling in marketing a= they present their stories as a conflict, a clash of Titans – Google against Apple, Apple against Microsoft, Microsoft against Google, etc.

Your brand should also have an enemy – and not necessarily in the form of a competitor. Very often the enemy of a brand is a certain idea against which the brand is acting. But let’s go back to the monomyth.

In its simplest form, the monomyth is the hero’s journey towards conflict resolution, mentioned by Campbell (van Damme gets his family back, Hamlet avenges his father, Luke Skywalker deals with the Emperor).

When it comes to storytelling in marketing – it’s usually not that easy – at the beginning of the journey the hero is completely uninformed, he doesn’t know how to go about solving the conflict. He needs a wise man, a mentor who knows the rules of this world.

Morpheus in “The Matrix”, Obi-Wan Kenobi in “Star Wars” and so on…

How is a wise man to know that the hero is up to the task? In many variants of the monomyth, there is a motif of trial – as in the fairy tale when a fairy disguised as a beggar asks Johnny to share his slice of bread with her.

Eventually, the hero reaches the end, to the place where his nemesis is waiting for him, the last element of the monomyth is the confrontation, the climactic moment, followed by the hero’s triumph (if you want to watch a happy ending) or downfall (if you’ve seen the movie “Se7en” by David Fincher, you know exactly what I’m talking about).

How is it done in practice?

Once you “get” the concept of monomyth, you’ll start to see it in the most compelling ads and stories you read or watch. And you’ll realize that monomyth can add excitement to even the most boring products and services.

Remember the Volkswagen “The Force” commercial made for the Superbowl? The entire commercial is an account of his “Hero’s journey” until the finale, in which – with a little help from his father – he manages to use the Force on a Volkswagen parked in front of his house.

Or the Procter & Gamble commercial filmed for the London Olympics? The protagonists here are athletes, we follow their journey from humble beginnings to Olympic gold. The journey from the point of view of… the guardian, i.e. the mother. This commercial is very touching, although, as I showed you a moment ago, it is very template-like. This template is precisely the power of monomyth. Every time you watch some “hero” struggle with adversity, your brain suggests memories of all the other similar struggles you happened to cheer for. And it accumulates the emotions you are experiencing.

So if you want to tell a story for content marketing, don’t forget about emotion. And stick to a proven formula: a conflict whose solution is your product. As you become more proficient in using the tools described above, you’ll be able to afford more and more – building complex characters whose motives aren’t entirely clear, suspense, incorporating humor, or showing events from the perspective of one side or the other. The possibilities are endless.

Just remember one thing: the conflict is the focus of your story. There is a big gap between what we would like to experience (a peaceful, predictable life where no one points a gun at our child) and what we want to read about. That’s why storytelling in marketing needs to be “dramatized”.