How to avoid banner blindness? 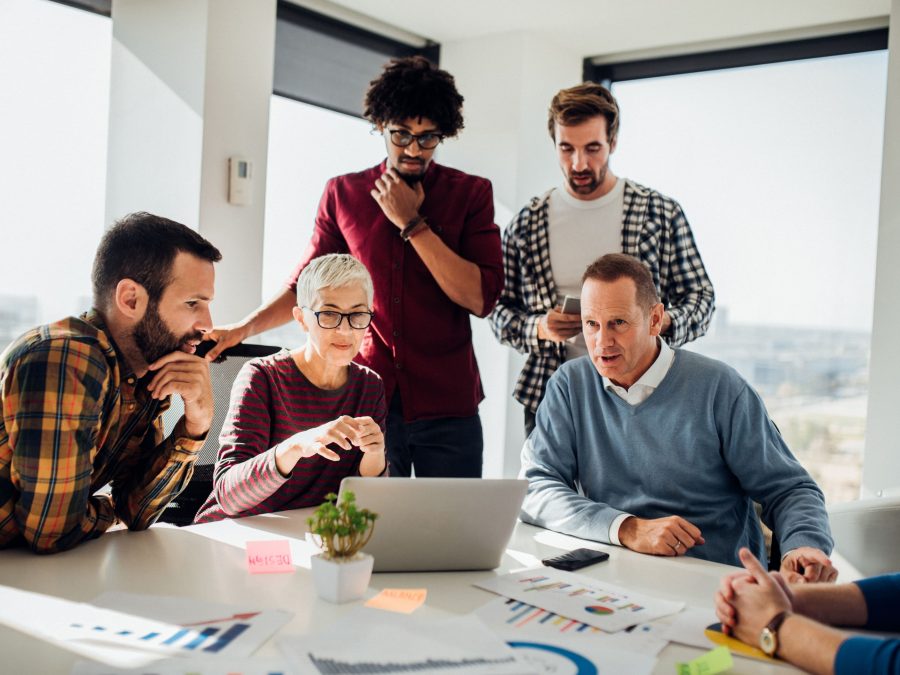 Ever since ads started popping up on practically every website and at every possible opportunity, an increasing number of people perceive them negatively. There is nothing more annoying than a banner popping up in the middle of the screen with a cross so hidden that you’d rather close the entire page than to try to get rid of that ad. Fortunately, our brain can adapt to different conditions. In this case, it has mastered ignoring pop-up banners to perfection. This phenomenon is called banner blindness. Read on to find out more.

What is banner blindness?

Banner blindness is nothing more than ignoring pop-up ads or banners by users. Moreover, this situation also applies to content or website elements that visually resemble ads. Through years of practice, our brains have developed the ability to automatically filter out sponsored content. This is a kind of defense mechanism against ads and their influence on us. The only dissatisfied party in this puzzle is the publisher, who, having spent considerable resources on an advertising budget, does not achieve the expected return.

Soon after the Internet first appeared, advertising on websites was not so popular, once in a while a banner would appear and attract attention. It was an interesting variety and most people wanted to find out what was behind the catchy advertising slogan. A long time has passed since those early days, and users have made a habit of ignoring pop-ups. Shocking slogans no longer shocked, and intriguing images were lost in the crowd of similar graphics. Nowadays, such ads rather annoy the viewer instead of making them curious, and as a result they are clicked very rarely. According to studies, the CTR is only 0.05%.

Ways to get your ads noticed

Advertising has been with us for a long time and there is no doubt that it will continue to exist. However, it is necessary to change its format so that it is better noticed in the information noise. There is no golden mean that will work for all users and suddenly the phenomenon of banner blindness will disappear completely. However, there are techniques that can bring at least partial results.

When we go to a particular website, we know what to expect. Not surprisingly, a pop-up or an advertisement located in the same place will be completely ignored. We remember what areas on the site to avoid and don’t even look at a given banner. This has been proven many times by eye tracking studies, which have shown on which elements of the site our eyesight, or our attention, is focused, or which places we mark with our cursor.

Since users completely ignore typical ad locations, the logical solution seems to be to place the banner in an unusual location. On the one hand, this can be an effective marketing trick that will make the user read the content in the ad. However, it is quite a risky solution that may even have the opposite effect. Especially if the plan is to place a banner covering the content. Such ads are annoying and may be noticed, but are unlikely to leave a positive impression.

Flashy, colorful banners are no longer an interesting marketing gimmick. They are now considered rather unaesthetic and repel instead of attracting the eye. Internet users have started to attach greater importance to the aesthetics of the ads themselves. They are much more likely to click on a redirect when the banner is in harmony with the entire style of the site. Websites saturated with colorful windows with super promotions make us look elsewhere on the web.

The choice of the site where we will put an ad also plays a significant role. After all, while reading a recipe for an apple pie on a cooking blog, we don’t want to close pop-ups with promotions for construction or gardening equipment all the time. Website owners have a say on what appears next to their content.

This is a type of advertising that is highly desirable and at the same time well received by users. A typical win – win situation. Fortunately, many companies have begun to notice this and are following the change. Native advertising is often used on company blogs or in influencer posts, when the ad harmoniously fits into the theme of the entire post. This means that the ad is seen by people who are potentially interested in buying, which makes the advertisement not intrusive.

This is a perfect example of how to use modern technology to better target ads. A standard situation: a customer of an online clothing store visits the site, browses the sweater section, but abandons the purchase. They leave the site and browse social media. There, they are shown an offer for the sweater they’ve been looking at and several others in a similar style. If the customer still doesn’t complete the transaction after a few days, the same sweater is displayed to them, but with a discount.

The main goal of remarketing is to convince the customer that they need the previously browsed item and persuade them to buy it. It is a type of targeted advertising that is mostly positively received. Users are shown items they have been interested in, often at lower prices.

The phenomenon of banner blindness is a defense mechanism that our body has developed to protect itself from the flood of information. Interestingly, most of us don’t even realize how many ads our brains have “filtered” and automatically blocked. Ad creators have noticed that creating such content is no longer profitable, and flooding people with favorable offers all the time annoys rather than encourages them to buy. In order to prevent burning the advertising budget, modern companies are conducting more targeted marketing activities. This is the trend worth following.