Why can hiding emotions in the workplace lead to low productivity?

›Blog ›Productivity ›Why can hiding emotions in the workplace lead to low productivity? 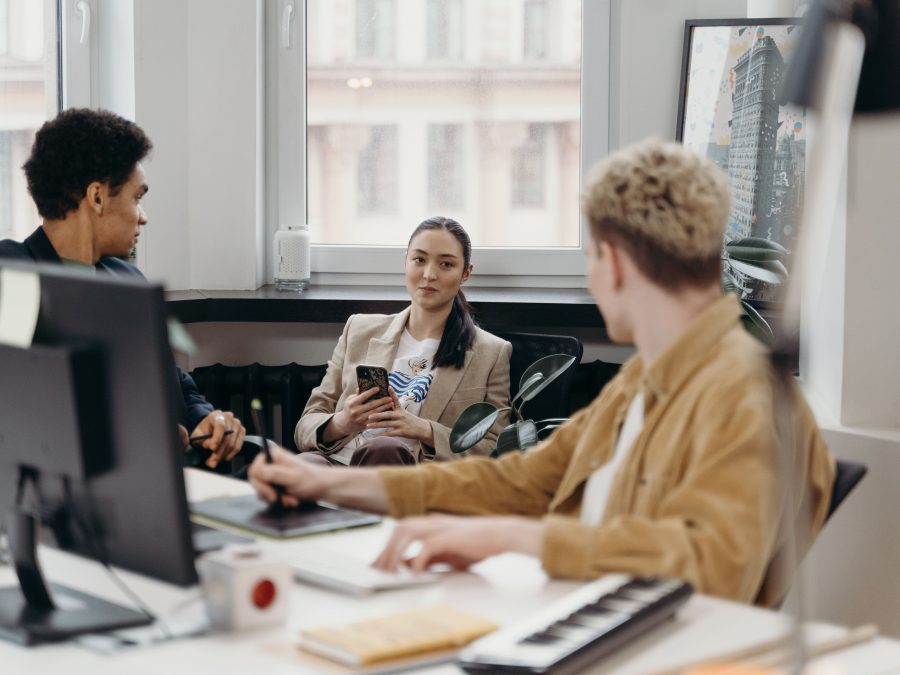 Emotions accompany every human being, but not everyone wants to or can show them. They are an integral part of our functioning. They influence our decisions, concentration, memory and many other aspects of daily life. They also affect our professional lives and the performance of the assigned duties. Find out why hiding emotions in the workplace can lead to low productivity. Read on.

Reasons for hiding emotions at work

The problem of failing to cope with emotions concerns many people. Avoiding the subject will not make them magically disappear. Quite the contrary, they will be released, but probably in a way that we will have no control over. This is what happens when we hide emotions at work instead of showing them. We take our pent-up frustrations, anger, and resentment home with us, where we vent them on our loved ones or ourselves (and vice versa – problems at home affect our functioning in the workplace).

This is often accompanied by feelings of remorse and helplessness. In particular, we have a rooted image that sensitivity is a sign of weakness. Leaders, managers, CEOs – we associate such people with confidence and courage. There is no room for vulnerability or empathy here. However, as we have already mentioned, emotions accompany every person, even those who hold senior positions.

Another reason for hiding emotions is a fear of failure. Nobody likes talking about their mistakes and bad decisions. Especially at work, we want to be perceived as competent employees who deserve the position. But will admitting a mistake make us less valuable to the company? Or does it rather show our maturity and ability to deal with any problems?

Another reason for not showing feelings is related to the fact that it is simply not a popular practice. Both at work and in our private lives, we don’t like to stand out from the rest. So if other employees don’t show their emotions, we don’t want to do it as well. And if such a situation happens, we feel shame and guilt for not controlling it. Managing emotions, however, is not as simple as it may seem. It requires a lot of work, self-education and often even the help of a specialist.

Hiding emotions in the workplace and low productivity

Let’s now focus on answering the question why hiding emotions in the workplace can lead to low productivity. As we wrote above, not paying attention to our own feelings will not make them disappear. Unresolved problems at home, in the family, health problems will be in our thoughts all the time, and this will trigger adequate emotions.

We also often imagine given situations in the darkest scenarios, which further intensifies the feelings of fear, frustration and helplessness. All this makes it harder for us to concentrate on the here and now. Performing given tasks at work starts to become a great challenge and takes much more time. This affects our performance, which, along with unresolved problems and traumas, deteriorates.

So how to deal with this? First of all, we need to think about what we are feeling, what situation has had an impact on it, and what thoughts accompany us. If we feel apprehensive about something, let’s think about what the worst thing that can happen is and whether it will affect our lives that much. It may turn out that we are worrying unnecessarily, and the possible consequences are not as frightening as we assumed.

A fear of failure is one reason for hiding emotions, but why is it dangerous? If we try to hide our mistakes at all costs and don’t talk about them, then we take away the opportunity for self-development. The fear that we will be judged or that other people will see us as incompetent makes us take no steps to correct given mistakes, learn something new and acquire skills that will protect us from further failures. Paralysing fear prevents us from going beyond the scheme – in a fast-paced world this means that we get left behind and our productivity goes down.

Leaders or managers want to be professional and infallible, so they don’t show their subordinates that they don’t know something or that they have made mistakes. This leads to a barrier that does not favor either party. Employees need a leader who is capable of self-reflection, because this will make them less afraid of failure, more willing to take initiative and offer innovative solutions.

Do you find a given task difficult? Do you think that you would handle another project better? Would you like to work on developing specific skills? The fact that you don’t take any initiative is also related to hiding your emotions. Both you and other employees don’t share your feelings, so you don’t know that the job offers attractive growth opportunities.

This also has implications for the company.The organization’s performance could improve if employees could fearlessly admit which tasks they feel more confident in and which they don’t. After all, where there is a competent and satisfied employee, there is greater productivity.

How to deal with this? The only way out is to show your emotions. This will be difficult at first, and other people probably won’t support you, but over time the atmosphere can change completely. An employee who takes the first step can become an inspiration to others. As a result, the organizational culture can also develop, which will have a positive impact on the perception of the company.

Is being emotional a bad thing?

Unfortunately, being emotional has long been perceived in a negative way. Today, however, this trend is changing. During the pandemic, the imposed restrictions led many people to be confined to their homes. Loneliness made them look at themselves, their emotions, and even reach out for help from a specialist. Not without reason, we now feel the need to self-realize and improve our well-being. Suppressing our emotions makes us more stressed, which can eventually lead to health problems.

The current economic and political situation in the world has made it hard for us to believe that someone does not feel any feelings. Fear or anger are natural reactions to current events. So we look for people who will not only comfort us, but allow us to show our true emotions. The same thing happens in professional life, which is why such positions as chief happiness officer are becoming more and more popular.