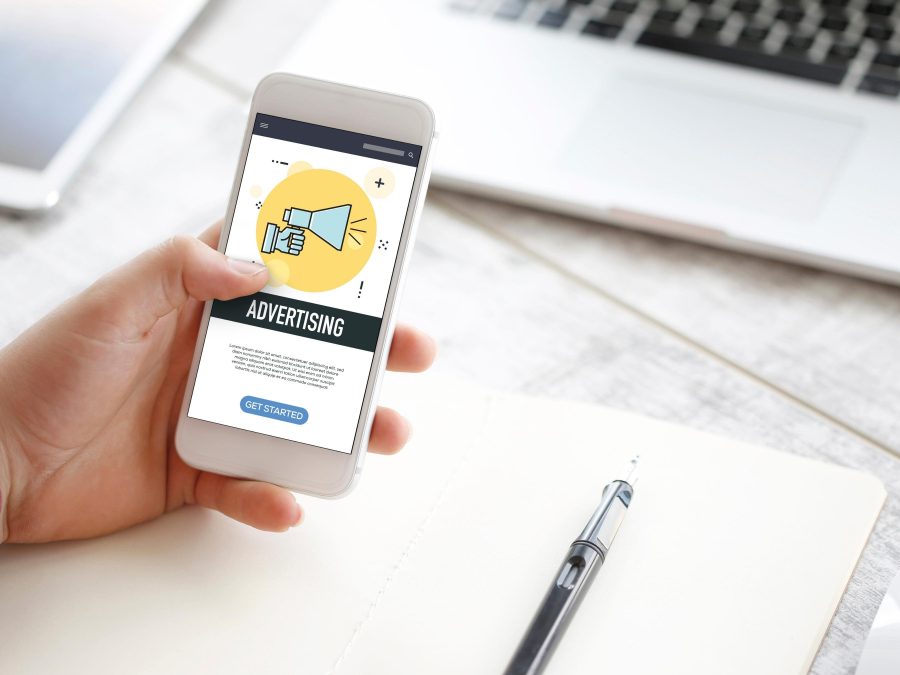 Why are we talking about guerrilla marketing? Nowadays, capturing the attention of a potential customer is the most significant part of marketing efforts. Consumers are aware of a lot of commercial activities and they are conscious of their value. There were simply no other alternatives in the past, so stores didn’t have to fight for customers’ attention; they came in to buy the goods themselves. Nowadays, however, the consumer market prevails – if you do not take care of them, do not attract attention, they will find a few or several willing to take your place. How to make a potential customer notice you through the vastness of competition and still keep within the budget? Check out guerilla marketing tactics!

What is guerrilla marketing? – introduction

The huge competition comes with the immense amount of advertising slogans that customers have simply become immune to. Most of them come through unnoticed. For an advertisement to reach the conscious level of viewers’ perception, it has to interest, entertain or shock the viewer. It has to contain something no one expects. Also, the marketing gets channeled through social media, thanks to which the content flows without our participation and occasionally the so-called virals get born.

Guerrilla marketing is the answer to the needs of a postmodern audience. It is a technique that incorporates unconventional solutions aiming at attracting the attention of customers. The distinguishing feature is variability and quick marketing response to emerging opportunities. By getting inspired by the creativity of guerrilla marketing, you can create a gripping message that’s valuable to the audience while still keeping the budget low.

The origins of guerilla marketing

Guerrilla marketing is rightly associated with combat. Indeed, its name originated precisely from the fighting technique that uses the elements of surprise. Guerrillas were usually outnumbered by enemy forces so their main methods focused on surprise and creativity: ambush, booby-traps, sabotage, etc. These tactics became their only opportunity for a potential victory. Guerrilla marketing took these tactics and philosophy up to incorporate them into marketing strategies.

Guerrilla marketing tools are much more extensive than traditional forms of marketing. When creating a campaign, you should not limit yourself to just one of them. The effectiveness of this method lies in combining multiple techniques at the same time. Nonetheless, the key aspect involves the timing and planning of the various stages: 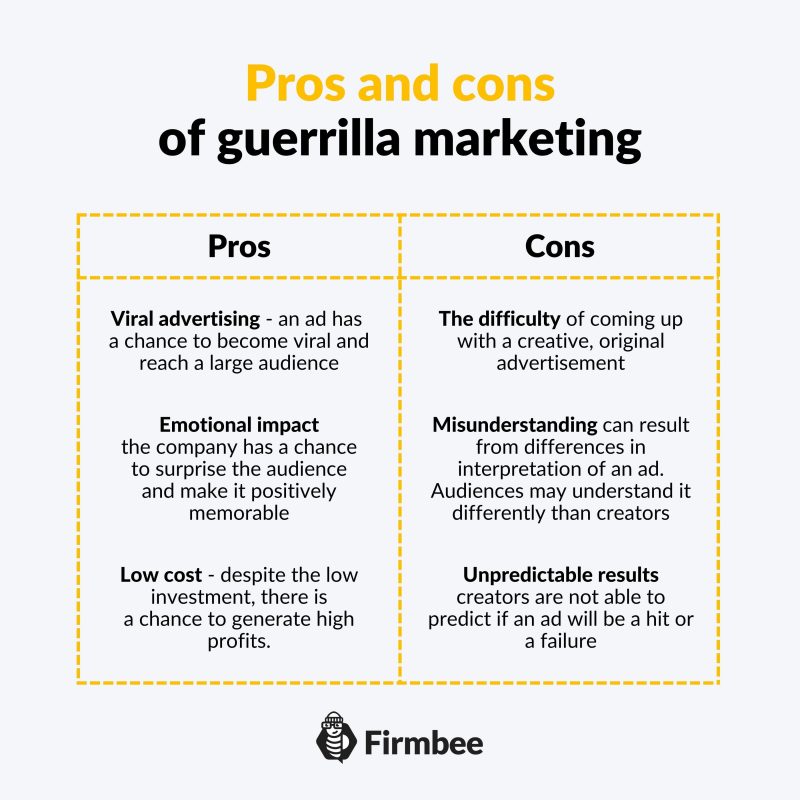 Unfortunately, there are no rigid rules or patterns that will help design guerrilla marketing content and captivate the crowds. What’s more, it’s risky and may result in losing reputation as it’s easy to cross the line and appear tasteless instead of funny. A perfect example is a commercial created as part of the Master thesis by a graduate of the Film Academy of Baden-Württemberg. At first glance, the film looks like a professional Mercedes commercial.

It starts innocently enough. A small village from the late 19th century that is no different from any other. The piece that doesn’t fit in this puzzle is a modern Mercedes that drives past the inhabitants. In the background, there are children carelessly playing in the street. The car stops by itself – the safety system has been triggered. As the car drives on, a boy appears in the street. This time the car does not stop, it runs him over. For a split second Hitler’s face appears on the screen, and the mother who saw the incident shouts “Adolf!” The next message is a placard with the name of the town of Braunau am Inn. An advertising slogan appears, which is the nail in the show: “See the danger before it happens.” Although the ad went viral with over 4.5 million views, Mercedes immediately distanced itself and insisted that it was not an official company brand. However, the controversial spot was recognized by experts and received the “First Steps Award” because it left a lasting impression.

The problem is that there is no effective recipe for success. It’s not entirely clear why just some content gets passed along. Still, there are a few tips on what such content should contain to make it appealing to your audience.

Keep it funny and punchy

But don’t overdo it. The message needs a certain dose of controversy, just right enough to make it edgy for the viewer. Otherwise, the marketing material may become counterproductive. Additionally, the content should stand out from the competition.

This is a method that is also known to work in guerrilla marketing, popular with the appeal community organizations take. A perfect example is a campaign that involved sticking stickers on garbage cans that read: “I eat well, better than 60% of the world’s children”. A simple text that made you think and drew attention to the important problem of food waste.

This method consists of taking on the element of surprise to gain maximum attention with little cost. An example of this type of marketing activity is the promotion of the film Death Proof, directed by Quentin Tarantino. In various places of New Your, promoters scattered dummies of a detached arm which held in their hands a box with a DVD movie. What also boosts the effectiveness of guerrilla tactics is an appropriately chosen slogan that increases recognition of the campaign making it more memorable.

Guerrilla marketing can work but there are some limitations

All in all, mind the line between a controversial yet gripping advertisement and an ad that’s controversial even insulting, mocking and alienating its audience. Despite the good intentions of producers, there are messages that come out over-the-top, unsavory or evoke ambivalent feelings. Then, some sensitive viewers may find them offensive and take legal action. How to protect yourself from this? First and foremost, consult with a large audience about your marketing ideas before launching the campaign.

The marketing industry, in an attempt to keep up with the rapidly changing environment and advances in technology, is also evolving. Rapid shifts force the development of new forms of marketing communication. Nowadays, the main problems of campaigns concern just reaching the target audience and getting their attention. That’s why guerrilla marketing can prove an effective tool to help you achieve your marketing goals.

This might interest you: How to do affiliate marketing?