Assertiveness in the workplace and its impact on your productivity 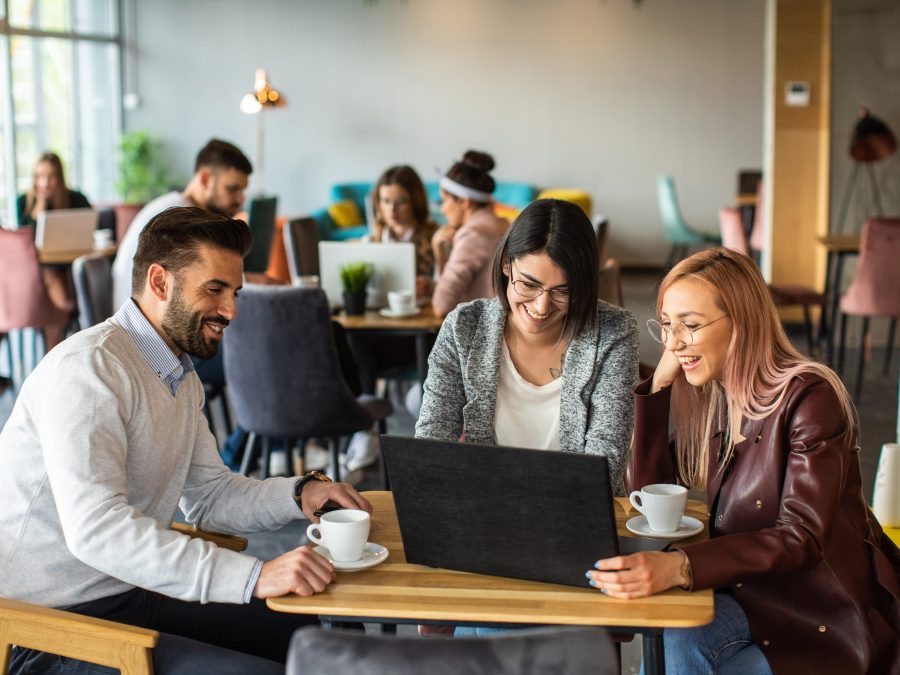 Setting clear boundaries is not the only sign of assertiveness. An assertive person respects not only themselves, but also others, making the workplace a safe space where people feel comfortable. Openness and communication helps avoid many misunderstandings and escalation of problems. Find out why assertiveness at work is important, why some people are afraid of it and learn to use your potential in the right way. Read on.

Assertiveness in the workplace – table of contents:

The importance of soft skills

Obviously, employees are valued mainly for their experience and expertise. However, it cannot be denied that soft skills are equally important. The lack of essential soft skills can cause problems from the very beginning. An employee who has a lot of knowledge, but can’t communicate it or show it, has a little chance of being hired. One of the most important qualities is assertiveness. Being assertive is what makes an employee express their thoughts clearly, but maintaining a boundary and respecting other people and their opinions.

Why is assertiveness often confused with being mean or arrogant?

Assertiveness is all about mutual respect and honesty. These are the basics for building a healthy relationship. An assertive person is able to present their arguments in such a way that they are not an attack on the other person, but merely an expression of their own opinion. This approach is about easing tensions, not escalating them, and about finding a joint solution to a given problem.

An assertive person has high self-esteem, but is not arrogant towards other people. This is one of the most important qualities that helps distinguish assertive people from the aggressive ones. Assertiveness makes us up for new challenges and helps us achieve goals. Being assertive requires hard work to completely accept ourselves.

Often, fears of being assertive and showing confidence have nothing to do with reality. As long as the employee has good intentions, in most cases, their refusal will not be received badly. Instead, it will make others see them as a confident professional and give them respect.

The other side of the scale

It is also worth mentioning that the other side of aggressiveness is helplessness or avoidance of duties. This is also the reason why employees are often afraid to be assertive. They worry that their refusal will be misunderstood. Not as an assertive protection against overload, but as an evasion of official duties. Where is the fine line? An assertive employee is someone who, on the one hand, looks out for themselves, but on the other, respects the employer’s rights and needs.

Treading the fine line between assertive and aggressive

It is impossible to clearly define when assertiveness turns into aggression or avoidant behavior. Then, how to find the boundary in a particular situation? In part, it depends on regulations. After all, there are certain responsibilities and rights at work that must be respected. The other thing is the human factor, and here, the matter is very individual. It depends on a person’s boundaries and capabilities.

When there are no clear regulations and rules, it is necessary to seek a joint solution that is satisfactory to both parties. This will not always mean agreeing with a particular point of view, but listening to and satisfying the employee’s needs in a given situation. Thus, a mutual understanding is important.

Why do managers prefer assertive employees?

An assertive attitude, does not only manifest itself in refusing to perform tasks that are beyond a given employee’s competences. It is about something more here. Such employees respect their and their employer’s rights. Thus, they always try to find a solution that will be satisfactory to both parties.

Conscious employees don’t need to be controlled and do their work diligently, but know where their boundaries lie. They can ask for help and communicate that they can’t do something or it will take them more time. They will not take on more responsibilities, but will let you know that they are overloaded. Such effective communication will let you avoid costly mistakes and allow you to work smoothly without exceeding deadlines.

Examples of assertive behavior in the workplace

As early as at a job interview, it is easy to tell whether a given employee is assertive or not. Many people are afraid to talk about compensation, and employers often lead the conversation in a specific way to check how potential employees evaluate themselves. A self-confident person who knows their capabilities will be clear about their expectations. The same applies when asking for a rise. A person who is afraid of losing their job and prefers to keep their head down, will not initiate a conversation about a pay rise.

An employee has the right to refuse to perform duties that go beyond their responsibilities. Obviously, everything depends on a given situation. However, if a manager informs an employee about overtime at the last minute, they do not have to agree to it. Especially when they already have plans and they suggested it earlier.

It’s not only about respecting the manager, which stems from the superiority of their position, but also respecting your co-workers. Their opinion, plans or ideas, are as important as yours.

Being able to admit mistakes and accept compliments

In fact, these two things don’t come easy. Assertive people can accept a compliment for a job well done. Others’ admiration is not intimidating to them, and they take it as a positive sign. They can also admit their mistake and take responsibility for it.

How to be assertive at work?

A basic principle in assertive communication is to use the pronoun “I”. The idea is to talk about yourself, and not to hide behind the general statement “we” (e.g., when referring to the team or a colleague in charge of a project) and not to shift responsibility on the other person using the pronoun “you”. In this way, you will better express your emotions and expectations. The sentences should be concise and clearly express your needs. Briefly explain why such a decision is important to you, but too long an argument can be poorly received.

Assertiveness is a positive trait that is the cornerstone of open communication. It’s a tool that helps you express your feelings, defend your opinion and allows you to grow and achieve more. Assertiveness not only makes you appreciate yourself, but also makes you demand more from yourself.

Some people are assertive by nature. However, if you are not among them, nothing is lost. An assertive attitude can be worked on. Start with small steps. The first one should be self-acceptance. To become assertive, it is especially important to work on yourself, your fears and beliefs.