What is an OKR? 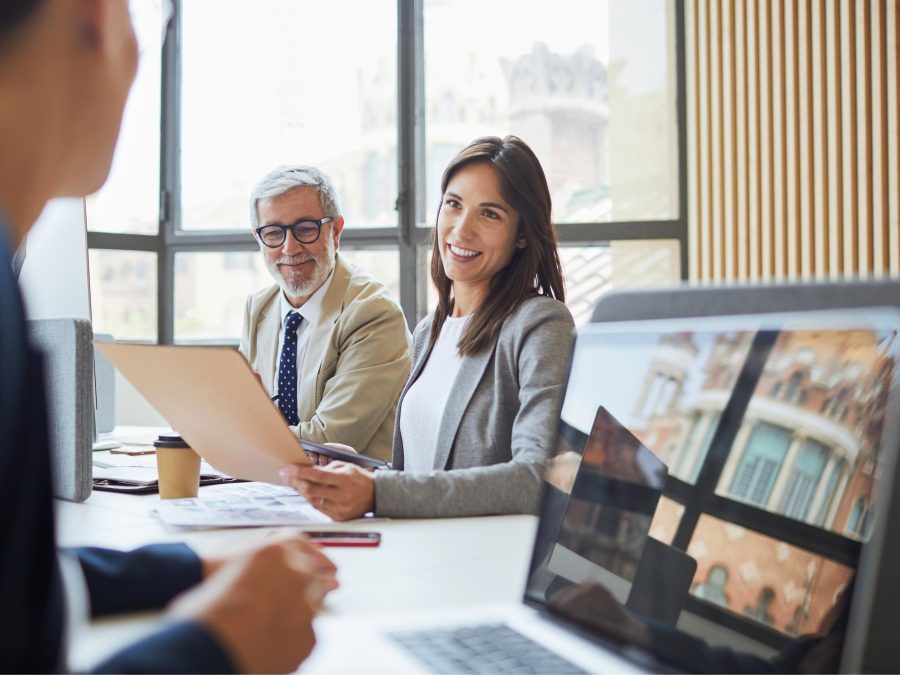 OKR stands for “Objectives and Key Results.” OKR is a methodology whose main idea is to track goals and help you move toward them. It was developed by John Doerr who assumed that there should be a link between the objectives one wants to achieve and key results. It was intended to be a way to measure progress. Defining goals clearly and communicating them is the way to achieve success. It also has an influence on getting employees more involved in daily tasks. Read on.

What is an OKR? – table of contents:

How does the OKR method work?

In theory, the OKR method is trivially simple. Its template is as follows:

I will achieve the objective, and the measurable result for me will be ……… .

As an objective you should write something you want to achieve, something you are striving for. It can be a general goal like increasing brand recognition or a very specific one like creating a to-do list app.

Objective is a slogan, it should be easy to remember and define something relevant to the whole team so that they want to get involved.

A key result, on the other hand, is an indicator that will help you measure your progress toward a set objective. Key results are quantitative indicators that help you determine that your goal has been achieved. It is the ideal you are striving for.

The ready OKR looks simple, even trivial. However, its creation is not that easy at all. Especially, if we are talking about an objective that is supposed to engage the entire organization. Then you need to remember that the same goal should be understood in the same way by all employees.

Companies that were successful had an objective

Observing the achievements of others, you may think that it’s all due to the fact that they had a brilliant idea and were pioneers in their field. Well, not at all. At least for the most part. Nowadays, it’s actually hard to come up with something that is totally innovative. And the big giants, the current billionaires, were not discovering anything new at all. They had a goal they were pursuing. And it is this goal-setting that can be described as a way to success. Not a great idea, but putting it into practice. Without compromise.

Spotify became a leader in the technology industry when it came to music players not because Daniel Ek came up with something new. At the time, free music was already available, and torrents were something everyone was familiar with. Winamp was used to play music. However, what set them apart from the competition was the very objective they had set for themselves in the beginning. A vision that they pursued in spite of everything, according to the set OKR.

Who should define OKR?

Objectives define what the entire team is to strive for. Its involvement determines whether everything will be accomplished as intended. Therefore, the OKRs themselves should also be created by the whole team, not by a manager or supervisor. Working together will ensure that they are not just empty words.

The objective should be simple

We tend to present things in a solemn, even literary way. Although we think that this objective then sounds “smarter”, this is completely unnecessary. With OKR, the situation is completely different. The message is to be simple and short. The goal is to be expressed in one simple sentence. The sentence should use a verb to indicate the direction of change, e.g., introduce, increase.

Determining an objective step by step

The objective should be defined in a team effort. During the meeting, however, everyone should keep in mind what they are responsible for in the company and it is in this area that the goal should be looked for.

The first step is to collect all suggestions. It is worth remembering that at this stage everyone is equal and has the right to vote. Certainly, some goals will be repeated, but this will only send a clear signal that most employees are looking in the same direction.

The optimal number is one objective per quarter for one team in the case of long-term goals. Too many of them will create chaos and the task will not be accomplished. You can choose an objective by voting or having a conversation. It all depends on how different the proposed goals are from each other and the situation in the team. The most important thing at this stage is cooperation. Of course, it is advisable to choose a person who will make the final decision in case of problems, this can be, for example, a project manager.

Writing down a qualitative goal in a simple way is one of the biggest challenges.

The key result is a challenge. A measure of success. It cannot be set too low. If the company achieves a higher result than the set objective it will only mean that the target was not ambitious enough.

Setting key results often also requires the help of experts or the additional analysis. Only experts, based on hard data, can set key results at a realistic level that will be challenging on the one hand, and achievable on the other.

For what period should OKRs be set?

In order to make the goal easier to achieve there should be a precise time frame in which it is to be implemented. It could be a year, a quarter or a month. It all depends on how complex the objective is. If you are just starting to work with the OKR method then the best option would be to set a goal for a given quarter. This is a safe time frame, which, on the one hand, gives you room to maneuver, on the other hand, in case of failure it will only be three months.

It would seem that just as the goal is simple, so is the implementation of OKR. Nothing could be more wrong. The whole problem is that here the goal is more qualitative than quantitative. It’s not enough to make an annual plan by reminding yourself of it in November and working twice as hard during the last months of the year. Here, change requires bringing about a revolution. If old habits are firmly entrenched in the company, unfortunately, there is a good chance that the first attempts to introduce OKRs will not be successful. However, starting the process is the first step to success.