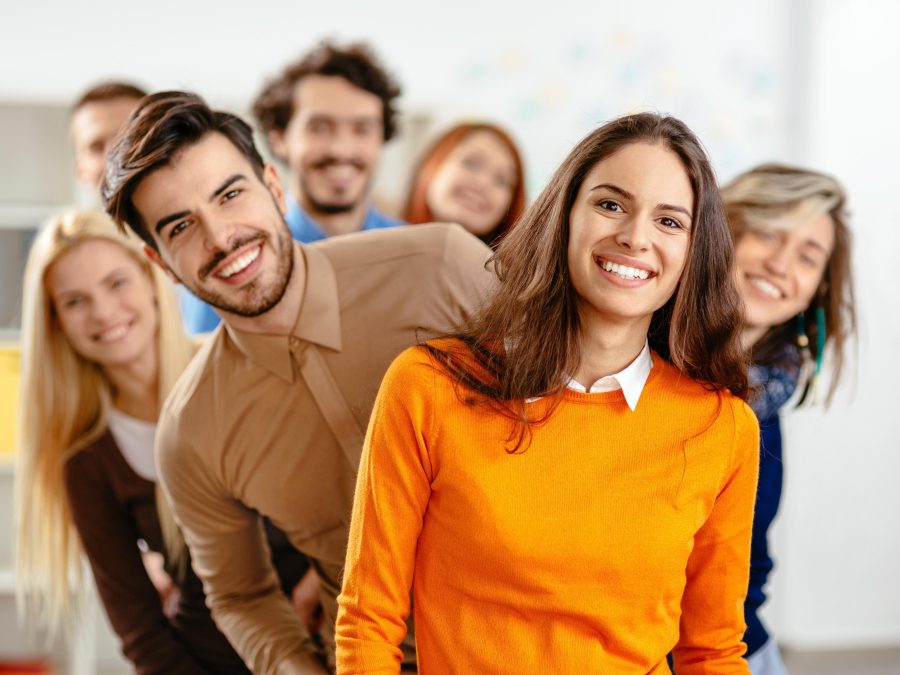 The 9 Belbin team roles are the concept widely used by many team managers in the world. The model divides personality traits into nine clusters, which represent the most widely prevalent features of the human approaches that can be observed at work. The nine roles can be used to identify behavioral similarities and differences that influence the overall dynamics within teams. Unrecognized traits of team members may lead to unnecessary conflicts, or at least can hamper the performance of the group. Read the article to find out more about Belbin team role and its benefits.

Meredith Belbin is the author of the Belbin Team Inventory test for self-assessment of the personality traits related to the workplace. His test allows evaluation the personal features that influence the behavior of employees. The knowledge about the personality of each member of the team can help the managers to establish the ideal roles that their employees can assume within a team.

The test is done in two steps. Initially, it is a self-assessment questionnaire the employees have to make individually. In the next step, the questionnaire of the employee is compared with the observations and feedback of the external observers, probably the other team members. The results show 9 distinctive types of personalities and each member of the staff can assume one or many of the roles accordingly to his traits. One person may be suited for several roles, some individuals may be more adjusted to performing only one role.

There are many differences between the Belbin Team Inventory test and other personality contemporary tests or models used by HR departments. The models such as the Myers-Briggs Type Indicator, or the Five Big Personality traits models of Lewis Goldberg, similarly to the DISC personality model concentrate on personality features that are expressed throughout the lifetime and are not necessarily related to the workplace environment. The model of Belbin focuses on personal traits that are being expressed by the employees and fall into 9 possible roles within a team.

The Belbin test is available on the author’s website and any leader may encourage his staff to take it for free. The main aim of Belbin’s concept is to provide managers with a tool that can measure if the team is well balanced and if it provides any chances for development. Each group filled with employees that present similar behavioral styles is unbalanced and forces individuals to fight over projects, ideas, or assignments.

As long as the set of skills in the team is not varied there are difficulties with the efficient spread of duties. The other type of unbalanced team is the team, where the members, having the same traits, express similar types of weaknesses, this may influence negatively the performance of the whole team, and it may present higher than the average ineffectiveness in the area related to the concerned trait.

Belbin team roles are divided into three main categories: thought-oriented, action-oriented, and people-oriented. Though-oriented roles are characteristic of individuals that are concerned with critical thinking. Such persons are focused on knowledge, reasoning, and ideas in opposition to actions and people.

Action-oriented team roles are presented by individuals who love to perform and achieve goals. Such employees are concentrated on tasks, productivity, and deadlines, while challenges treat as a chance to show their performance and abilities. People-oriented team roles are shown by employees who love to deal with networking and relationships. Those employees are good coordinators, listeners, and supporters and their presence bring stability and integrity to every team.

The Monitor Evaluator is the first role among the though-oriented roles from Belbin’s team roles model. Monitor Evaluators praise rational, strategic thinking and planning. They analyze and try to reach systematic, objective conclusions. They can make good decisions due to their analytical and problem-solving skills.

The Specialist is the second type of thought-oriented role. As the name points out the specialist is an expert in one particular field of knowledge. Such individual usually has proficiency in the narrow, important subject that is crucial for task realizations in the work environment. Specialists don’t usually like to socialize, but when the area of their interest is involved they like to share their expertise with others and discuss difficult matters with greater engagement.

The Plant is the type of thought-oriented role that is strongly influenced by the clear thinking process. Plants tend to be intelligent, creative, and innovative. Similarly to all thought-oriented individuals, plants like to work alone. They tend to present vivid, crisp, and sometimes distinctive ways of reasoning which leads to the creation of innovative and unexpected solutions to common problems. 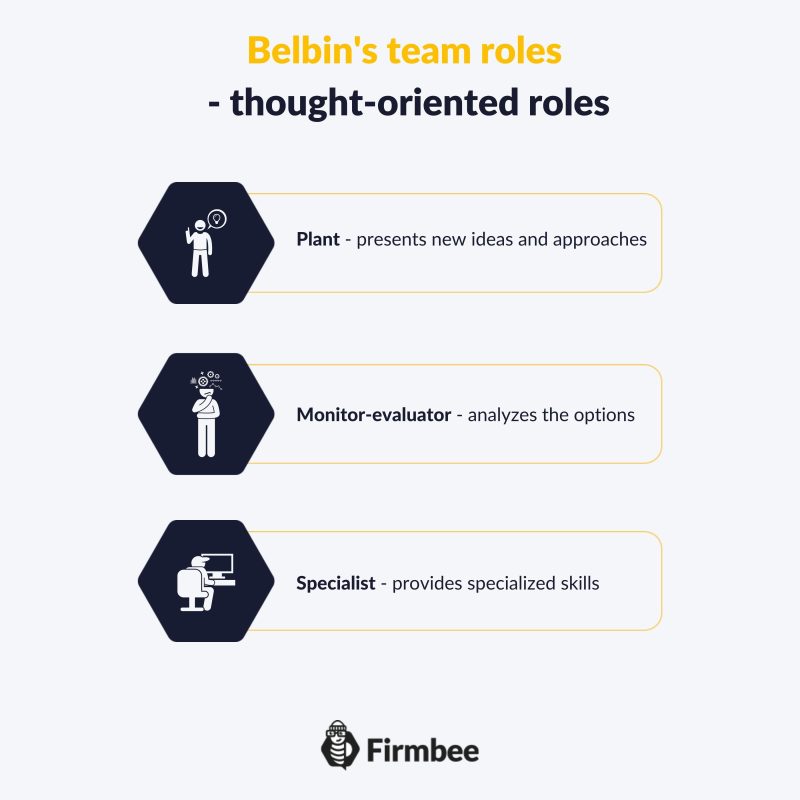 The Shaper is one of the types that can be found in the group of action-oriented roles. Shapers are born leaders. They are brave, full of energy, and dynamic. They are not afraid of risks and thrive well under pressure. They lack a delicate approach and may offend others with their direct way of communicating now and then.

The Implementer is the second of the action-oriented Belbin’s team roles. The individuals who express traits of the Implementers are well-organized and self-controlled. They can concentrate on the vital aspects of the work organization, follow plans and stick to the regulations. They are disciplined, but they don’t like changes and tend to be inflexible.

The Completer/Finisher is the type of role focused on action. Finishers are individuals that are particularly concerned with the quality of work. They are known for their perfectionism and accuracy. They have high expectations toward other members of the team and frequently bring valuable insights related to their functions and activities. 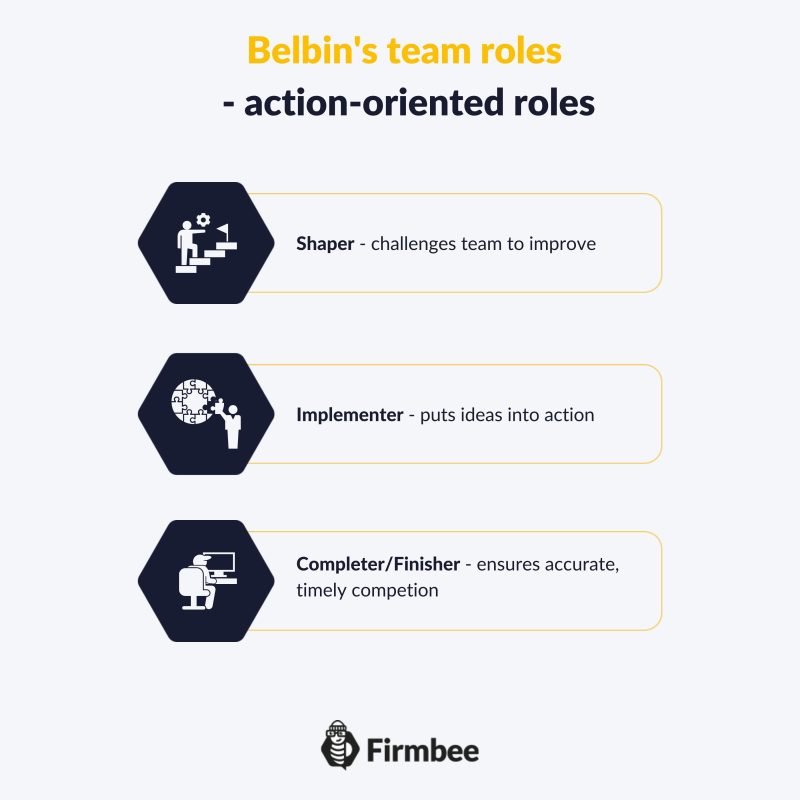 Coordinators are particularly strong at delegating tasks. Their main focus is on interpersonal relations and communication. Individuals with the abilities and traits of Coordinators are frequently employed in managerial positions, but they present a soft, humane approach to work organization. Instead of orders and directives, they promote open communication. They are mature and optimistic, and their ability to recognize talent is remarkable. Coordinators are great at delegating work and helping others to find their strengths.

Team Workers are another type of Belbin’s team role. Those individuals are usually good listeners, that can solve issues within a team. They offer their support and attention when it is needed the most. Being diplomatic, cooperative, and gentle they are an invaluable help to any working establishment.

Resource Investigator is the role played by people who have a great talent for networking and establishing new business contacts. They are great negotiators, who perform their tasks with optimism and enthusiasm. They might experience difficulties with finishing their projects, especially those who require greater attention to detail. Resource investigators are clever enough to pick up ideas from other people and spread them to the benefit of the organization. 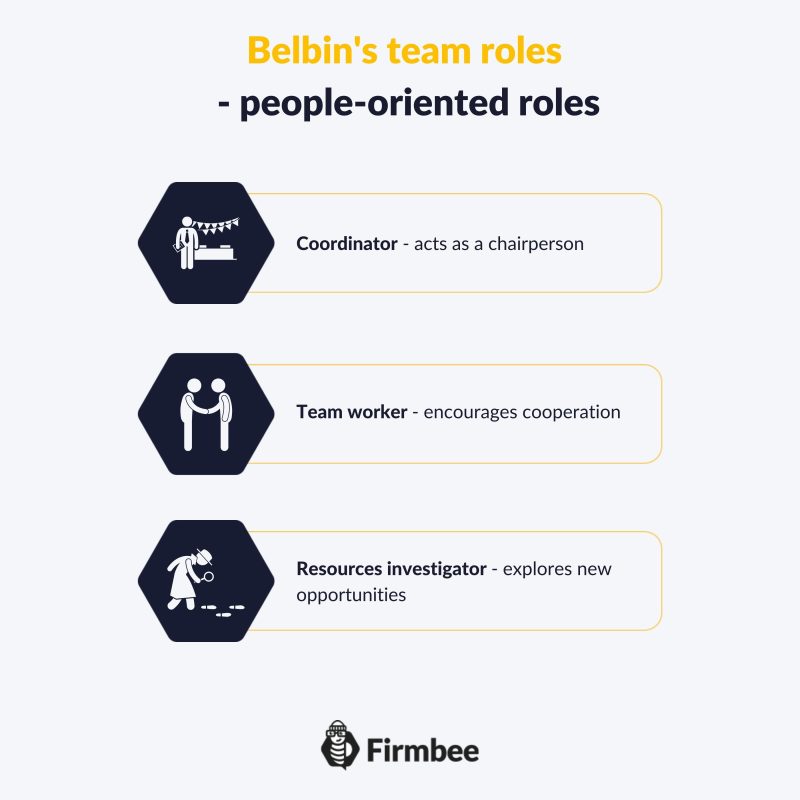 Meredith Belbin developed his model in 1981 after almost ten years of study. His concept is one of the most efficient tools to support the management of teams. The team roles allow recognition of strengths and weaknesses of employed individuals and promote understanding of the diversity of attitudes related to work. Strong, effective teams should be evenly balanced with different types of personalities that can perform a variety of roles. Belbin’s model has been criticized for being simplistic, but being transparent and clear provides team leaders with a powerful tool for the facilitation of team progress. The model has been validated and can be useful to select between diverse types of behaviors.

Read also: How to improve teamwork?