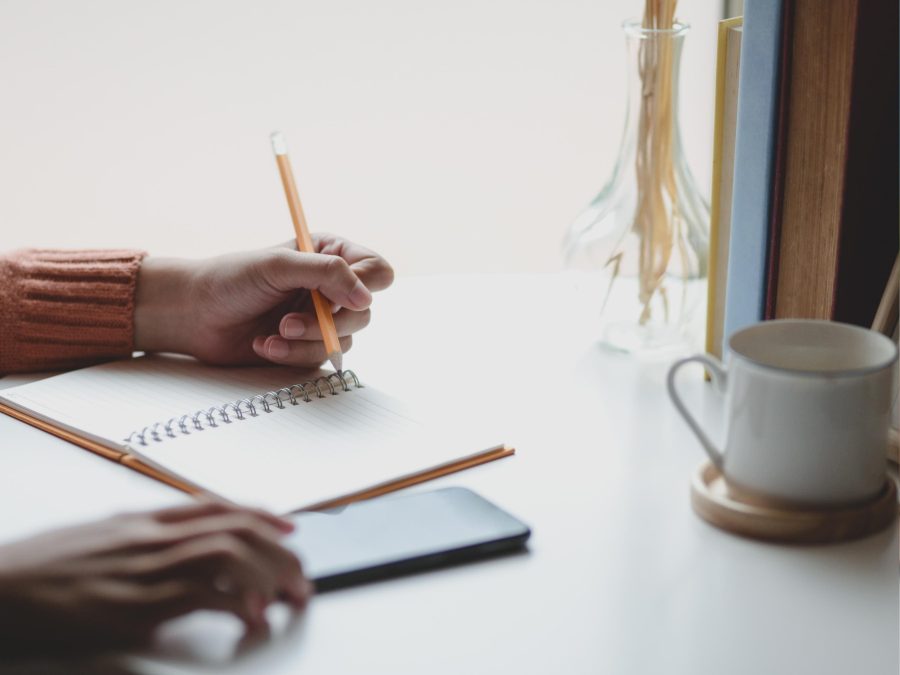 There are more than plenty of management techniques to around. Some seem intricate while others are plain yet still telling. And the latter one is going to be the focus of today’s article. Let’s take a look at the renowned Salami Technique. Perhaps comparing project management methods with Italian sausage sounds a bit ridiculous but there’s definitely more than meets the eye. In this simple strategy lies the power to kick-start your organizational and management skills to a higher level. Take a look at our review and find out how and to what extent you may benefit from its use.

The application of this method is – to put it simply – divide the project into smaller parts, like the famous salami “slices”, hence the name. Interestingly, it derives from war tactics to dominate enemies by taking gradual yet so insignificantly small steps that form a veneer that lures enemies. In business and project management, the tactic focuses on implementing the “sliced” tasks according to a strictly accepted schedule and chronology, beginning from the scratch.

Contrary to its straightforward denotation, the Salami slice strategy takes a lot of time and practice to master, but the effort pays off. First, you have to tailor it to your angle and scope, no copy-pasting, that would only waste your time. Also, you need to have a habit of putting meticulously down every single bit/ step in chronological fashion and keep to it constantly updating the progress with feedback, like for instance unforeseen circumstances as they happen.

When you meet these requirements and stick to your agenda without distractions you should see the results unfolding. Bear in mind not to “bite too much” in one go as you won’t “chew” it. The neatness of the technique lies in its on-point food reference indeed. To picture the practicality of its use, we would like to discuss the process of creating a script for a YouTube video: 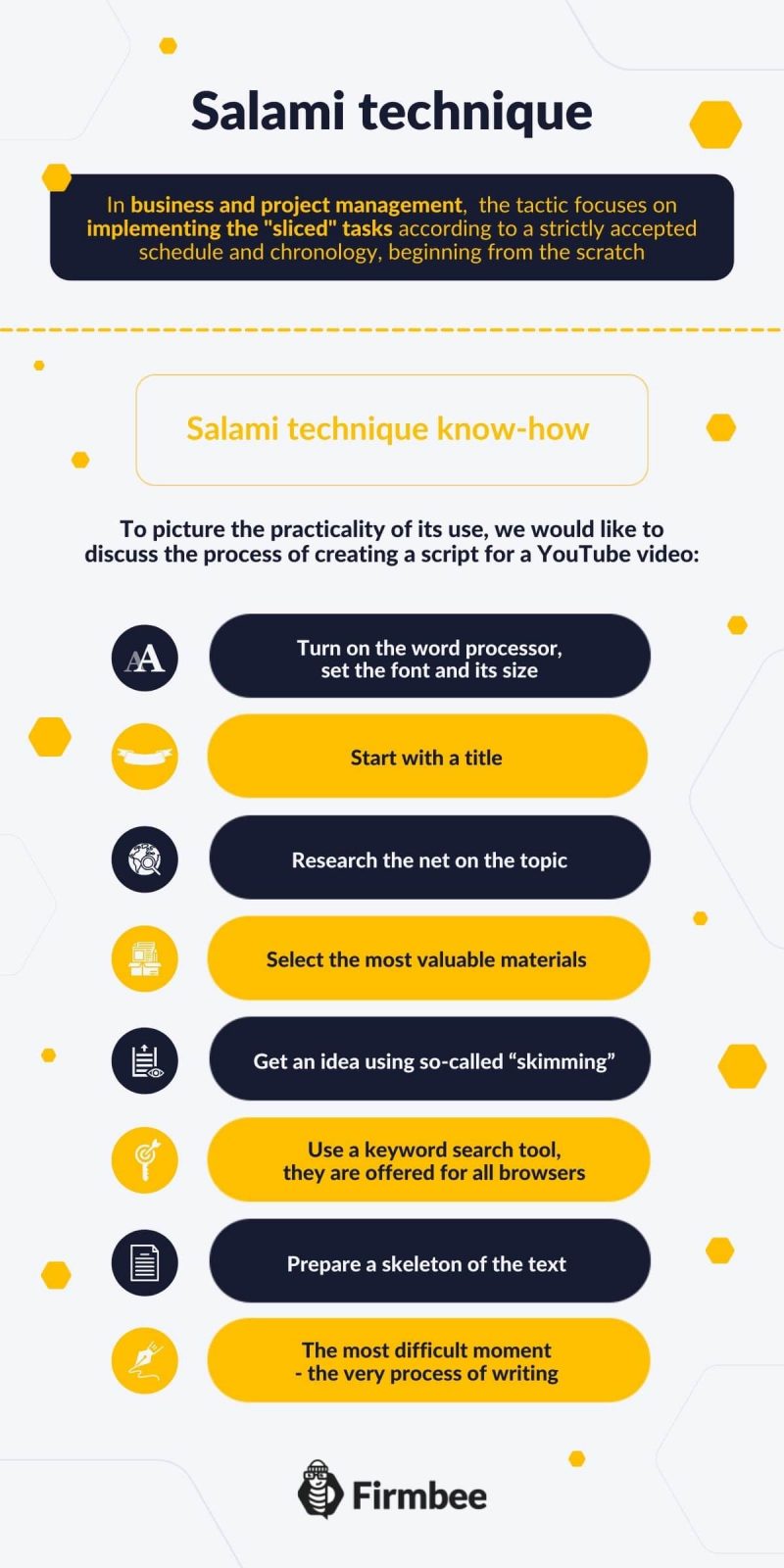 Large projects require days of preparation, care, and teamwork making them ideal candidates for testing the mechanisms of the technique. At the first glance though, it appears that the Salami Technique adds to the paperwork and unnecessary monkey business reducing workflow. Especially the more senior and experienced managers who have everything in their mind will ridicule the tactic as they’ll find it offends their intellect. In the end, however, you must remember who won the famous fable race, the steady tortoise. In systems where so many variables steer the course of action, this way is definitely the winner.

After a while, the Salami-way of becomes your second nature and there is much less of an effort on your part. Putting down the steps that you need to go through to complete a project is a necessity rather than an obligation. Set yourself on the course of mastering the Salami Technique if you haven’t started yet or raise the already fine level into advanced to thrive as a manager.