How To Properly Prepare a Shooting Day?

›Blog ›Video ›How To Properly Prepare a Shooting Day? 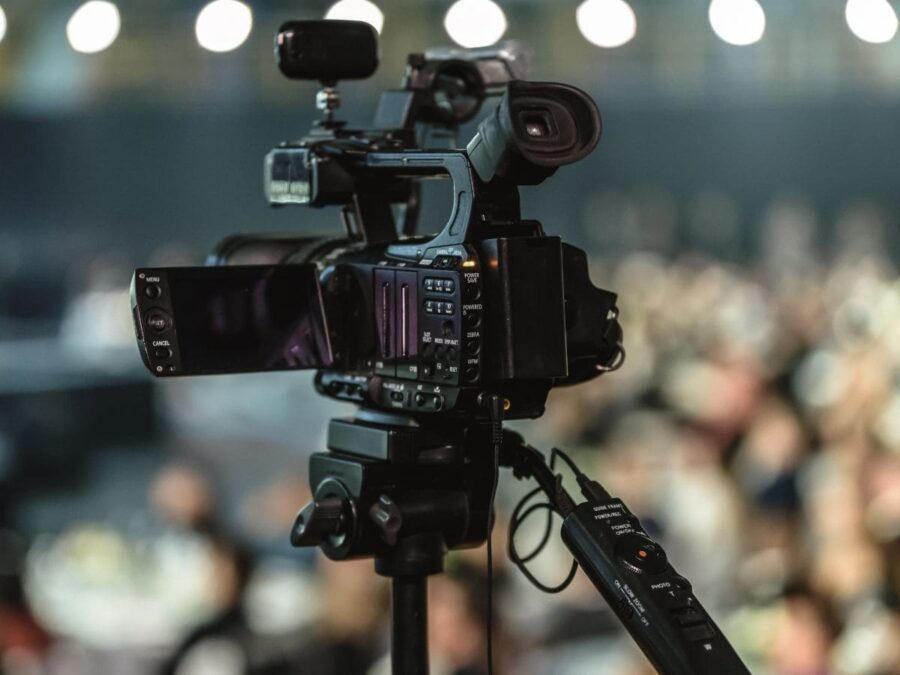 Whether we’re recording a commercial, a short YouTube clip or perhaps preparing to work on a film or television set, there are a few indispensable elements we need to take into account. The smooth transitions between scenes as we work, streamlining the whole process, assigning tasks to definite roles or securing the recorded footage for editing are all just a few key elements of every clip production. We have prepared concise guidelines for everyone who would like to create visual material for commercial or personal reasons. Want to know how to properly prepare a shooting day? Read our article.

The basis for starting the recording

It all starts with the script – the text determines the appearance of the characters in our clip, the scenery, and the mood that will prevail. It also enables you to properly prepare a plan of work at subsequent stages of production. Then the director can make final corrections to the script so it’s coherent and in line with his vision.

Screenplay and storyboard – these are extremely important elements, especially in large feature projects. They form a blueprint for the director and cinematographer to create images resembling how the shots will look during the shooting. Others involved in the project can prepare props, set design, and those responsible for post-production and special effects can work on their part, all thanks to a well-prepared screenplay and storyboard. The director of photography sketches a storyboard and looks for the locations to shoot. When the script is ready and the director has chosen a cast, a screenplay and a storyboard. What comes next?

Calendar – a general production plan that is later converted into what is called a CALL SHEET, or otherwise known as the Work Plan for the day. This document is essential for each department, cast and producer. It helps to see the work schedule for a given period, but also the detailed daily plan to facilitate the preparation of the entire team.

Let’s go back to who is on set in general and what they are responsible for. The people working on the film can be divided into a few main departments.

This department is made up of people who do most of the pre-production and then make sure that the actual production goes according to plan and without problems.

Apart from the fact that the crew may count up to several dozen people or even more, the set manager has to organize each shooting day. They appear on the set first, or even a day before, to prepare for possible problems, such as neighboring construction sites during the outdoor shooting, lack of parking spaces, or difficult entrance to the shooting area. In addition, the CAMP should be prepared, i.e. the place where catering vehicles, dressing rooms or power generators will be directed.

The manager is responsible for ensuring that everything runs according to plan, mitigates potential conflicts and leads to the successful implementation of the scenes scheduled for the day. 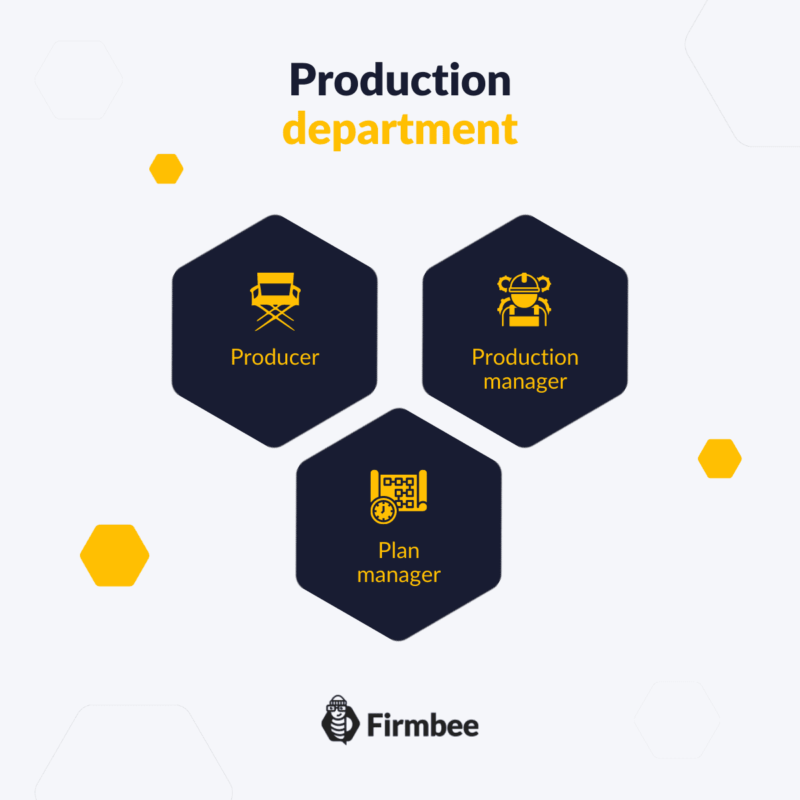 The person responsible for the artistic vision of the project. It is important that he can focus on his work directly, without being distracted by other things that are happening on the set. Depending on his experience, he can allow himself more or less freedom to bend the script.

The scheduling support for director is the 2nd director, who takes care of smaller matters such as answering questions from episodes, preparing extras, generally supports the director by drawing attention to himself, and thus allows him to concentrate fully on the execution of his work.

A character found on television productions, feature films and commercials. He makes sure that the post-production process maintains the continuity of the scenery, and also pays attention to such details as holding objects in the same hand. This role is substantial for many reasons, one of which is avoiding slip-ups that can hamper film’s reception and reputation. 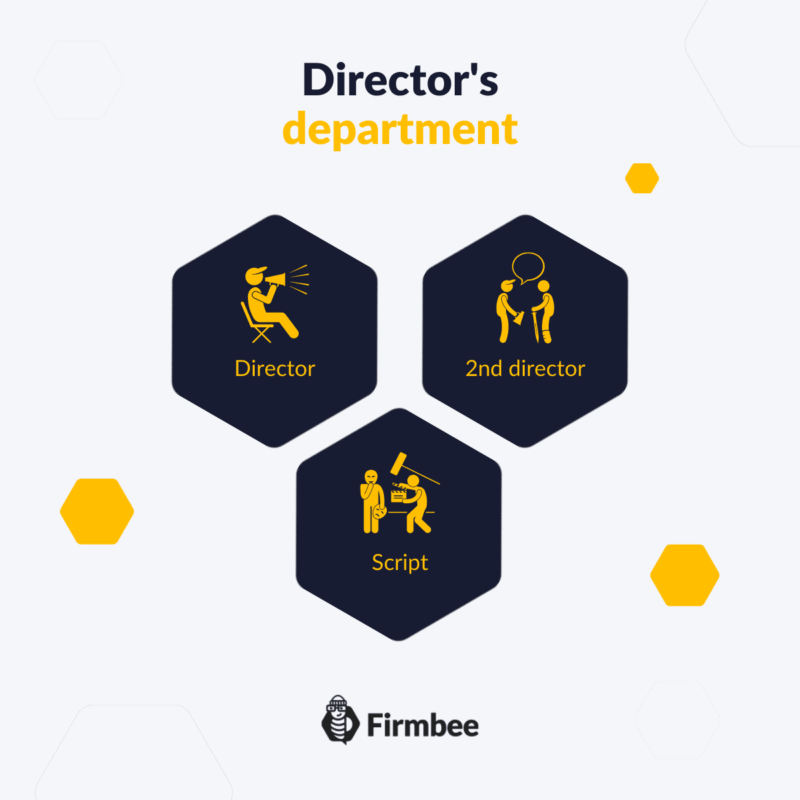 Right after the director comes the director of photography. They compose the story with appropriately chosen frames and lighting and describe exactly where the cameras will be. Most often you can meet them in the director’s room at the previews. The director of cinematography, as they are also called, are people with great experience in the camera and lighting.

In addition, the photo division is made up of people such as: 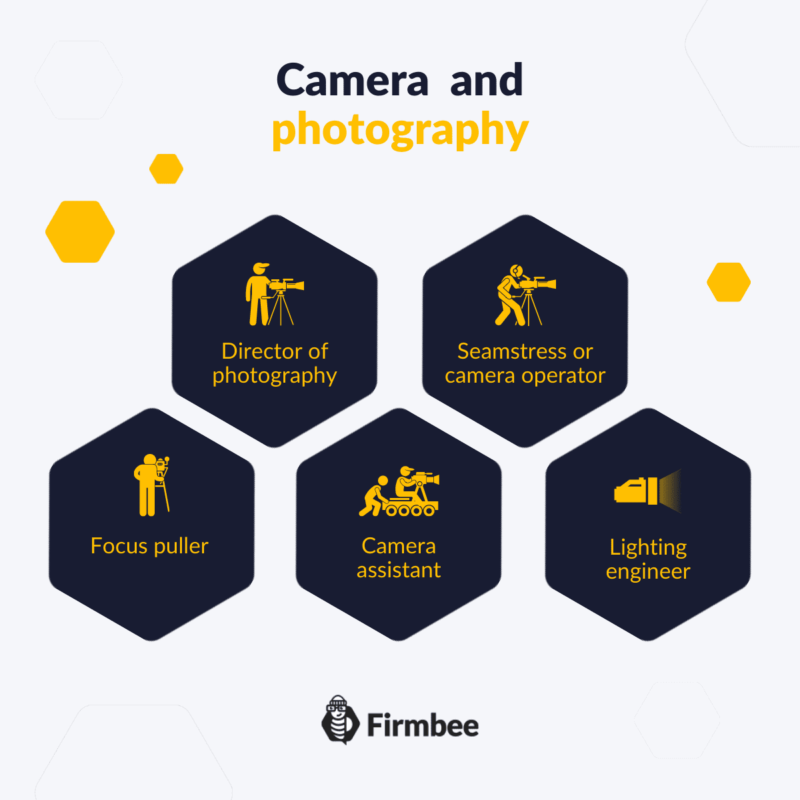 Here, the number of people is quite limited, and their job comes down to delivering dialogue at the highest possible level and catching unwanted sounds such as a shoe rustling, a phone vibrating in your pocket, or a plane flying overhead.

On large sets, the production designer stays in the director’s room and the rest of the work is done by an assistant (otherwise known as a microphone technician), who takes care of the best possible placement of the micro ports on the clothes or body of the performers and sticks during the shots in close cooperation with the seamstress so that he can be as close as possible to the person playing, but remain invisible in the frame.

On smaller sets, the filmmaker occupies both functions outlined above. 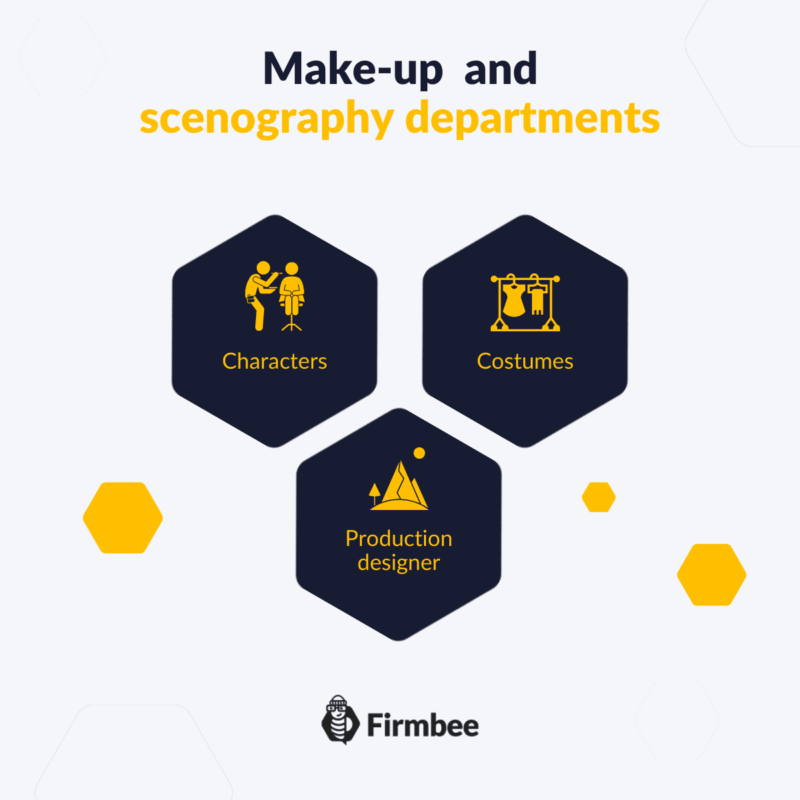 Who else is responsible for the final recording?

In the end – a person not always appreciated on film sets, who has a special role of preparing everything that was planned by the set manager and the production designer. Often moves in a car with a large capacity in which you can find almost everything. Takes care of repairing all technical failures. He is usually equipped with the necessary tools, tapes and everything that will help to improve the work of other divisions.

Of course, let’s not forget about the people who are crucial to the creation of the film – the actors.

Each of the risers consists of at least several people. During the shoot, all the risers are in constant radio communication and also each riser has its own individual channel.

The process of pre-production, production and post-production is an extremely complicated machine that will work smoothly only if we prepare for shooting in a solid way with attention to the smallest details. The production department works hard to make sure that the set crew has the highest possible comfort of work and avoids any problems. Everything is based on cooperation, mutual respect and communication.

Summary – how to align the work of all departments

Working on feature films, television productions, or commercials means at least a 12-hour work schedule, and for people like set managers, camera assistants, and set supervisors, it means extra hours before shooting begins and after the last scene scheduled for the day.

It is crucial to prepare for the project from the production side in all respects, the shooting schedule and the sequence of recordings are the basis of a well-produced material. Additional people on set, sometimes are necessary and cutting costs negatively affects the entire process of shooting. 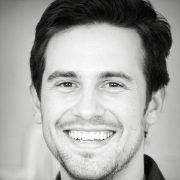