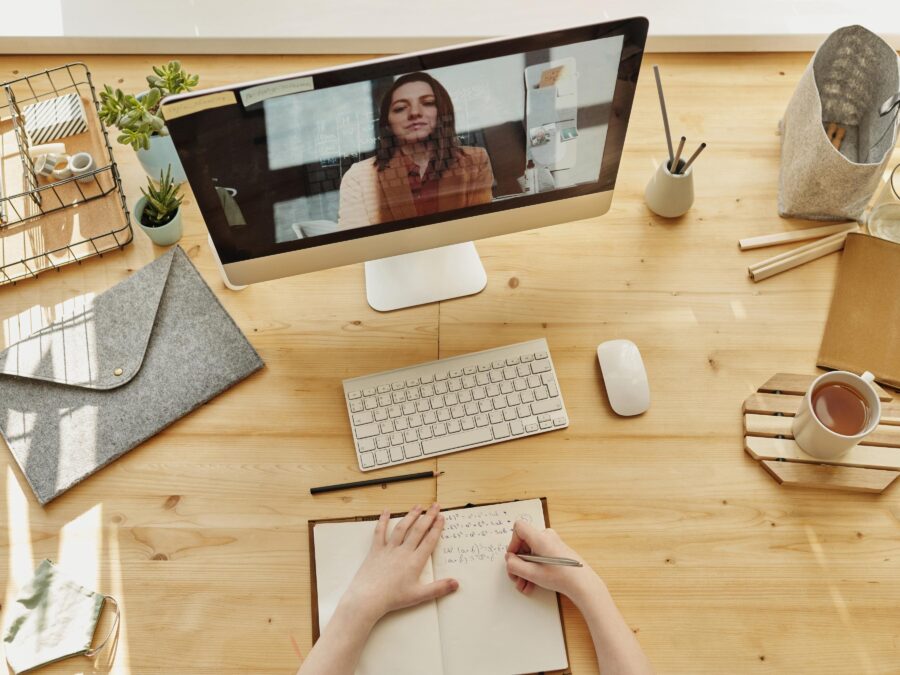 Productivity can be, one could say with a very smile, very “fluid”. Probably even the most eager supporters of hard work at least once in their lives have gone astray and got lazy leaving duties to the last minute.In today’s article, we’ll take a closer look at Parkinson’s Law.

What is Parkinson’s Law?

The name “Parkinson’s Law” comes from, you guessed it, Cyril Northcote Parkinson, a British historian. The scholar put forward a thesis after he observed a weird phenomenon. He saw an ever-increasing growth in the number of civil servants who were employed in public administration regardless of what kind of work was to be done and how many tasks were to be completed in a given time.

The thesis, taken literally, was “Work expands to fill the time available for its completion.” The thesis was later developed by its author. It was originally intended as a joke, a mockery of bureaucracy. It showed in a distorting mirror the causes and effects of the expansion of “paperwork”. Theory and jokes aside, how does Parkinson’s Law translate in practice into increased productivity?

The key to success is, let’s put it this way, to consciously and rigorously “waste” the time spent on a given task. It is commonly argued that knowing how much time one has, de facto, wasted turns out to be very helpful.

Once you have analyzed which activities are redundant and unnecessarily time-consuming, you can focus on scheduling only those activities that are absolutely necessary. So before starting a particular project, it’s a good idea to think about potential “time eaters” that you can eliminate right away. 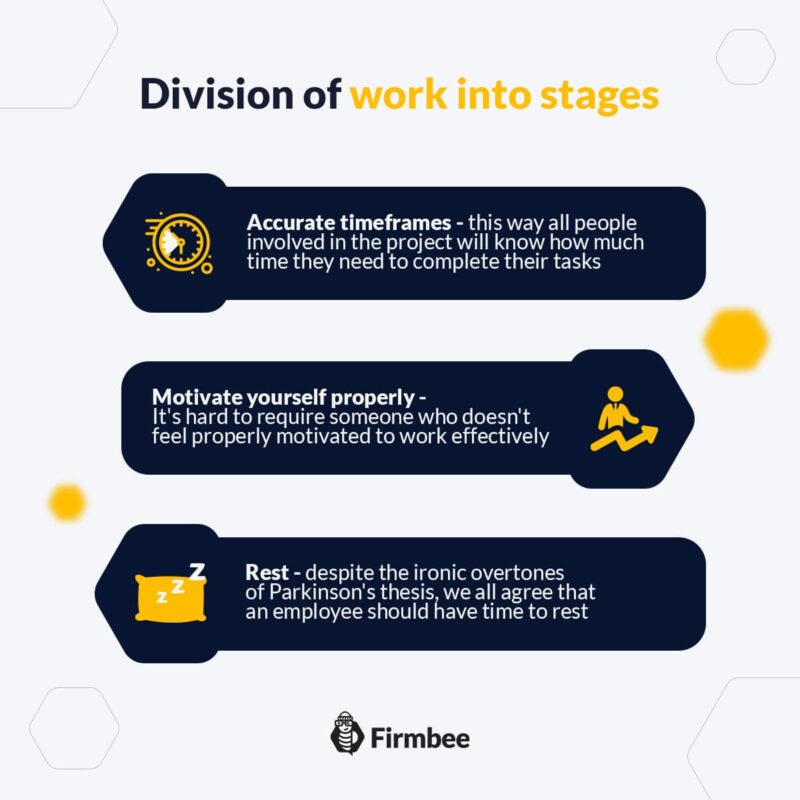 Division of work into stages

Among the successive stages of work, three are worth distinguishing:

Repeatedly postponing tasks “for later” can set off a vicious circle. An employee keeps postponing the time or even the date of a task until he or she finally doesn’t have time to do it. Postponed tasks pile up to the point that – summed up – they won’t be done at all or at the last possible moment, quickly, without care.

The above-mentioned methods are only the tip of the iceberg of needs that arise from working on various projects. It is worth keeping them in mind and striving for improvement through analysis of such issues.

If you want to stay in touch, join our Facebook community.