How to write a press release – a quick guide

›Blog ›PR ›How to write a press release – a quick guide 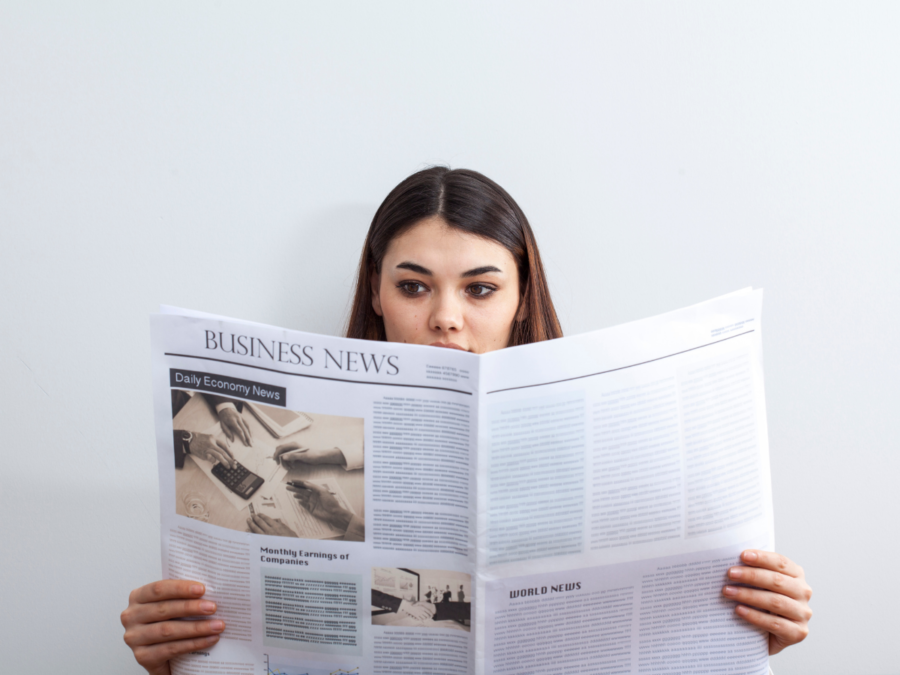 A press release is a collection of relevant information addressed directly to the audience of a media message. This short written form provides condensed, reliable and quick information for potential readers. In advertising, this type of PR tool has been present for some time. However, more and more often, the press release is used as a tool to promote the company’s interest o a larger target group. We explain what exactly characterizes a press release and how to write a press release to make it readable and valuable for a potential customer.

The classic press release is the king, is it?

A press release is an official statement that will assist a company in its public relations efforts. This type of “luring” has been used in advertising for several decades and is the primary tool for marketing activities. The modern press release is gaining importance nowadays. The published message makes it possible to arouse the interest of the recipients and also makes the news content widely available on social media. This is an opportunity to popularize e.g. a company’s services, using the desired domino effect.

A PR press release is therefore a news item, news and information related to the company’s activity, which may concern many business issues. It may be news about the implementation of new technology, the release of an innovative product or informing the public about an upcoming event. In the era of simple and short advertising messages, the press release is back in favor.

How to write a press release to effectively interact in social media?

The press release should be drafted in such a way that the recipient can understand it after a short while. It cannot be too long and boring: usually, a few or more than ten-sentence messages are preferred. A common mistake is to include too many references to the company or the services provided by the entity.

A press release should not be too pushy, either – it is more like a valuable news item that brings concrete information that is interesting and useful for the reader. An absolute must is the linguistic and content correctness of the news. If the receiver notices grammatical or syntactical mistakes – he will treat such a message as something worthless. 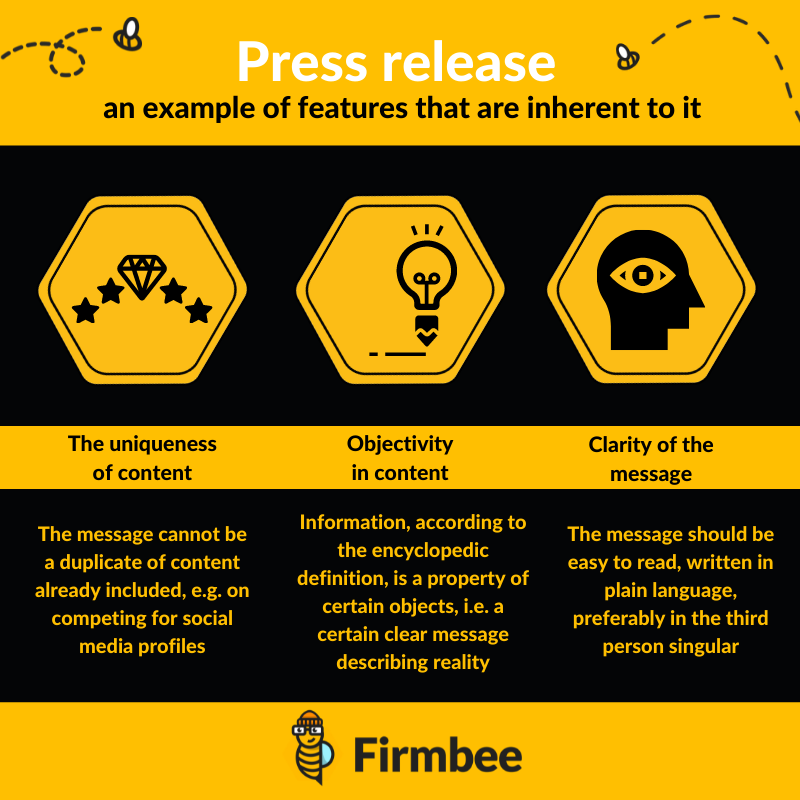 A press release should be characterized by stylistic correctness, informative language and concretized content. In addition to these aspects, three additional features can be listed, which very often appear in the context of defining PR press releases:

A media release consists of several elements that should always be included in a message of this type. The most important element is the headline, which should be visible and separated from the rest of the text. It should be placed in the upper part of the message, i.e. in the case of social media posts – in the first line so that it attracts the attention of the recipients.

Another thing is a summary containing specific information about the content we want to convey. In this bit, apply the 5xW+H rule. The third aspect of this form is the development or a broader explanation of the information contained in the summary. The press release should be closed with a few sentences at the most, providing the company’s contact details in the last line (or a note encouraging them to watch the profile or take part in the event).

Read also: why is social proof in marketing so important?