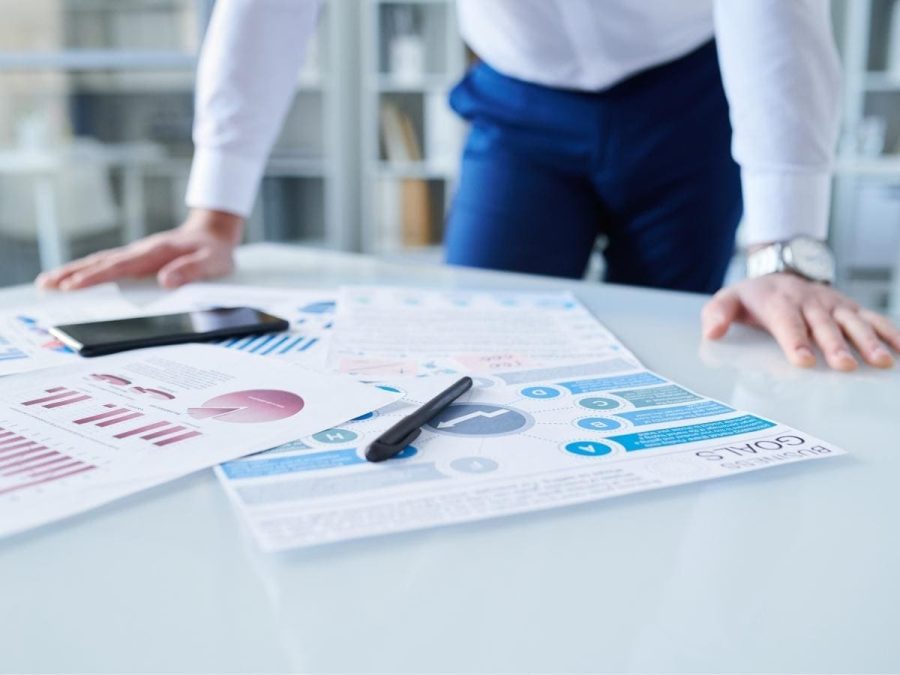 The global economy of the 21st century is characterized by complex and dynamic changes on the economic front. Many European, American and Asian countries are currently undergoing economic transformation, from low to national economies. When we look into the development of countries over the centuries, we can see that diversification of economies has always taken place, and the pace of development has varied. Developing countries that achieve positive economic growth contribute to strengthening the global market for goods and services. The group of these fast-growing markets is referred to as emerging markets (economies), i.e. emerging markets. These markets in the current economic situation are the best idea for long-term investments.

The term emerging markets was defined in the 1980s by World Bank economist Antoine Van Agtmael. According to the World Bank, emerging economies have two factors in common: gross national product per capita formed at a medium level and an underdeveloped capital market. Emerging markets are located between developing and developed markets. However, this division is quite conventional and the line between categories is thin.

Generalizing, we can say that emerging economies include countries that are no longer defined as, “third world countries”, but do not yet pretend to be in the group of developed ones. What emerging markets countries have in common is a rapid pace of development and GDP growth above 5%. 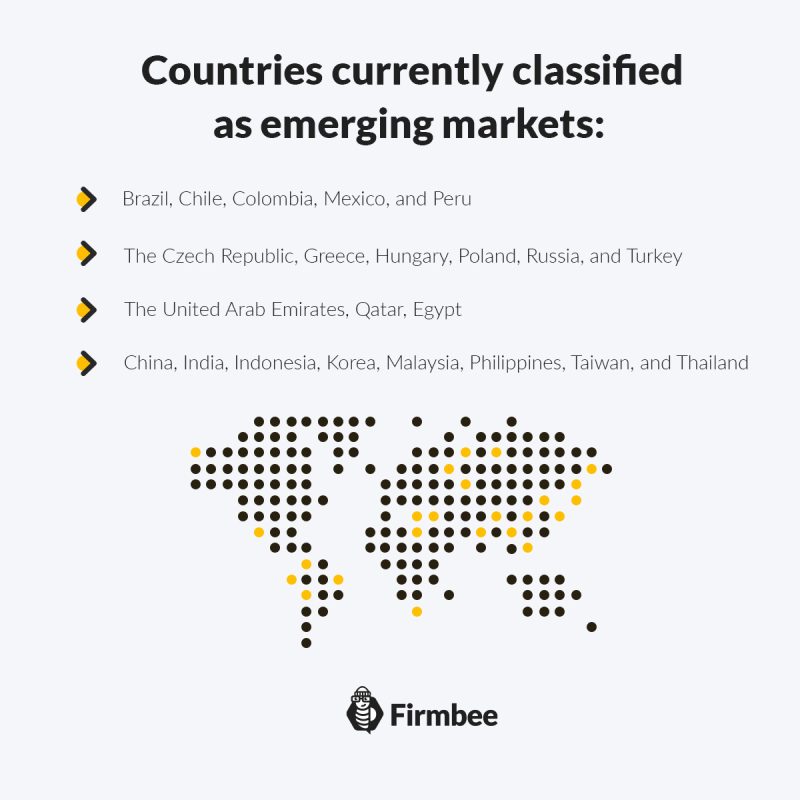 By analyzing the above summary, we can conclude that emerging markets are a large and highly diverse group of countries in terms of financial and macroeconomic health. Moreover, some of them are currently undergoing political turmoil and severe economic crises. However, emerging markets are a good investment vehicle, as they offer the potential for significant returns as a result of faster economic growth than in other developing countries.

Emerging markets face various problems, mainly in the social sphere. These problems are related to insufficient food and water, lack of housing and jobs, inadequate medical care and an underdeveloped education system. Some of these problems have been included in theories of economic growth and development:

Another negative aspect is that emerging markets are often politically unstable with a socio-economic situation that can change rapidly. In addition, they are vulnerable to any unrest or attacks. In 2019, when Indian troops attacked a terrorist camp inside Pakistan, the Mumbai stock market crashed momentarily and stocks fell nearly 10%, only to make up half of those losses a day later. Even a small outbreak of panic can ignite a long-term crisis or, “calm down” after just a few days.

The main potential of emerging markets is technological resources and capabilities. The determining factor in the development of technology is human capital. In most emerging countries, the population is very young, and consequently, the labor market is determined by young and creative personnel. In addition, these countries have a high capacity for skilled labor.

The systematic development of education, computerization and digitization of systems and scientific research institutes has contributed to a significant increase in intellectual capacity in emerging markets. One indicator for assessing technological capabilities is the number of patent applications filed. World Bank data shows that most emerging markets rank first in the number of patents. The leading country in this regard is China, where the number of applications filed has been steadily increasing since 2011. Another positive aspect is the increase in foreign investment, which has been visible in emerging markets since the beginning of the 21st century.

However, it is important to remember before making investment decisions that economic growth in emerging countries is never steady and is more like a roller coaster. When buying stocks after an upward trend, one should expect that they may fall short. Therefore, sometimes it is worthwhile to invest in a stock market that is not in the best shape, with the prospect of a reversal of the negative trend.

Currently, the greatest obstacle for emerging markets is the Russian invasion of Ukraine. As a result of the war, emerging market assets have suffered the most. In the first quarter of 2022, the MSCI Emerging Markets Index was down -7%. The negative effects of the war have most affected countries economically linked to Russia, including the Polish, Hungarian, Czech and Egyptian markets. Paradoxically, the Brazilian market benefited from the rise in secondary commodity prices. The Brazilian stock exchange recorded $14 billion in revenue in Q1 2022, thanks to which the MSCI Brazil USD index grew by 35% in the January-March period this year.

The stock exchanges of Saudi Arabia, Peru and Colombia were also not affected by major fluctuations. The energy and fast-moving goods sectors in particular were shaken. Russia has a not inconsiderable impact on raw material markets (metals, crops), as one of the world’s largest exporters. The most dramatic food situation is recorded in Egypt, where 85% of imported wheat was from Russia and Ukraine. If Russia occupies part of Ukraine and sanctions on it are not lifted then commodity prices will remain high and global GDP growth will decrease by 1-2 pp. Inflation will rise by about 4% and may remain at that level for several more years.

The sectors that will be most affected are pharmaceuticals, food, restaurants and utilities. Unfortunately for emerging markets, this is a very pessimistic scenario, which will significantly hinder the economy’s growth. According to analysts at Lazard Asset Management, the war in Ukraine has exacerbated the sell-off in emerging markets bonds. The bond slump was triggered by central banks raising interest rates due to rising inflation. Perhaps in the future, the situation will stabilize and the financial crisis will be resolved. However, this is mainly dependent on the outcome of the war and Russia’s subsequent actions.

Read also: The difference between crowdfunding and crowdlending