5 differences between a PR campaign and a PR plan 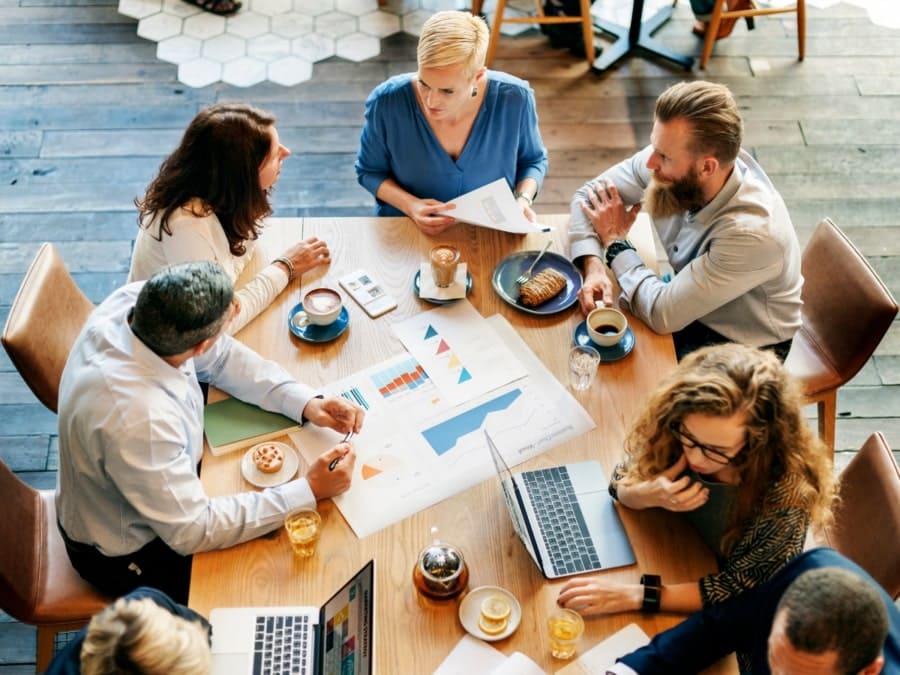 A PR campaign and a PR plan – the complexities of definitions in public relations can cause a real headache. PR itself, as the art of building a positive image of a company, is included in marketing in its broadest sense. However, there are opponents of this thesis who emphasize that PR is separate from the domain of marketing. Similar inaccuracies occur in the nomenclature of public relations. We may be dealing with campaigns, plans, strategies or PR activities. Although the boundary between these concepts is blurred, it is possible to distinguish some character features that distinguish one from another.

PR campaign and a PR plan – table of contents:

A PR campaign and a PR plan – similarities and differences

The term “campaign” refers to a series of activities aimed at achieving a given objective. It is nothing else but a set of planned activities of continuous character, fulfilling the assumptions of the above-mentioned plan. A PR campaign must therefore refer to something “higher”, as it is in itself a practical way of achieving the set objectives. This means that the campaign is something transient and short-lived (even if it lasts for several years).

The PR plan, on the other hand, covers more aspects. It is a more general phenomenon and in many cases is connected with public relations campaigns. At the same time, it is an overarching value in the context of a PR campaign. The differences can be represented most simply as follows: 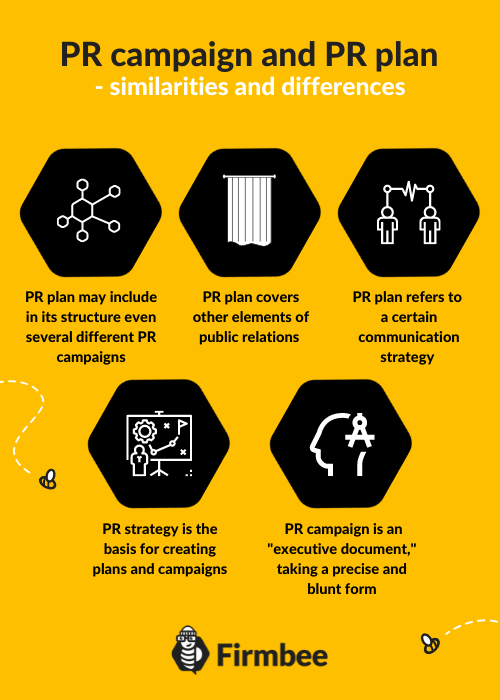 What makes a PR plan different?

A PR plan is a useful document that contains several elements( including but not limited to): action strategies, PR campaigns and ways of leveraging advantages, strengths and weaknesses. This plan is the document that allows you to develop an effective public relations campaign. The creators then know what results to expect from the approval and implementation of the PR campaign. The plan is also a set of ways to achieve a specific goal set for the company. It is therefore a theoretical document, largely referring to the communication strategy. In its structure, it contains a large amount of information about the target groups, the actions are undertaken or the characteristics of the competition.

The PR plan will include in its content, among others, the description of target groups, current market situation and objectives. An indispensable element of the plan is also identifying the problem that should be solved. A separate aspect of the document must be a detailed method of executing the plan, which in its structure may refer to future PR campaigns. The plan is only the beginning of the realization of the goals. It is a certain base, a blueprint, and a map – subject to modifications and corrections at each stage of the fulfillment.

A PR campaign can also take the form of a document. However, it will be a much more condensed and less general form than a plan. These are concrete, specified actions that are intended to lead to the achievement of a goal. A campaign is firmly grounded in time: it may last for example a few days, a month or a year. Several different public relations campaigns may be part of a single, previously adopted, PR plan. They include ways of making analyses that help answer the question: Have the objectives been achieved?

There are many examples of PR campaigns. We see them every day using television or browsing social media. It is a form that directly affects us, as internet users. One of the outstanding PR campaigns was conducted by an American chain Burger King. In messages distributed through various channels, they encouraged their recipients to use the services of McDonald’s. It was an expression of support in difficult pandemic times, which affected the revenues of both chains. This surprising move by Burger King was warmly received and can certainly be seen as a non-obvious and unique example of a public relations campaign.

Now when the difference between a campaign and a plan is clearer, you can start planning your internal and external actions in a PR field.