7 important causes of indiscipline in the workplace

›Blog ›HR ›7 important causes of indiscipline in the workplace 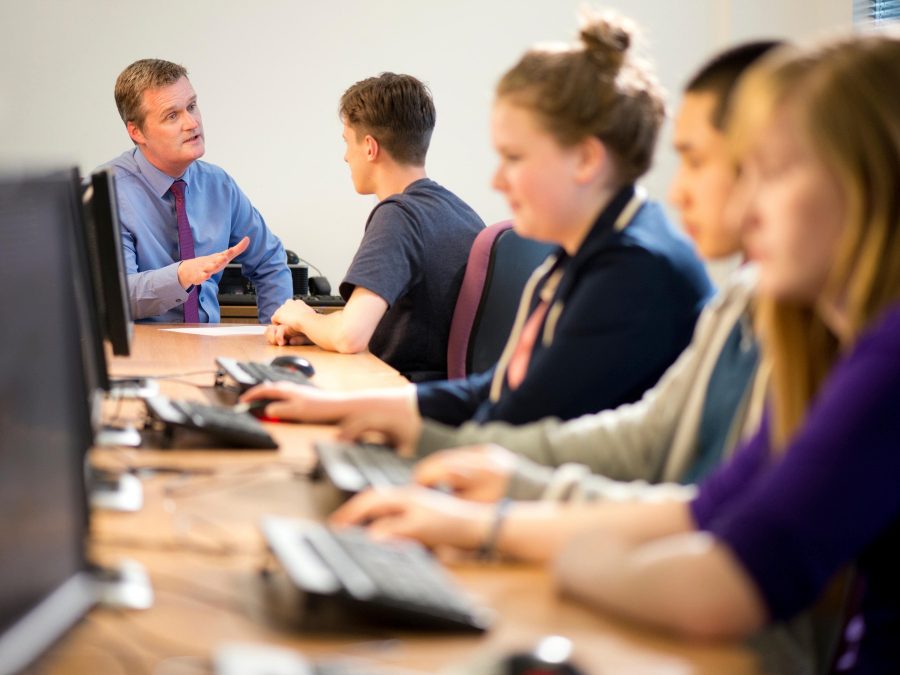 Indiscipline is the action of misconduct in the workplace, when the employee ignores the established rules and doesn’t follow them. In the other words indiscipline is lack of discipline or lack of control. The act of indiscipline occurs for many reasons, some of them may be personal, but many are related to the socio-economical factors of the time. In many companies indiscipline occurs as the result of bad management, mistreatment or low wages. 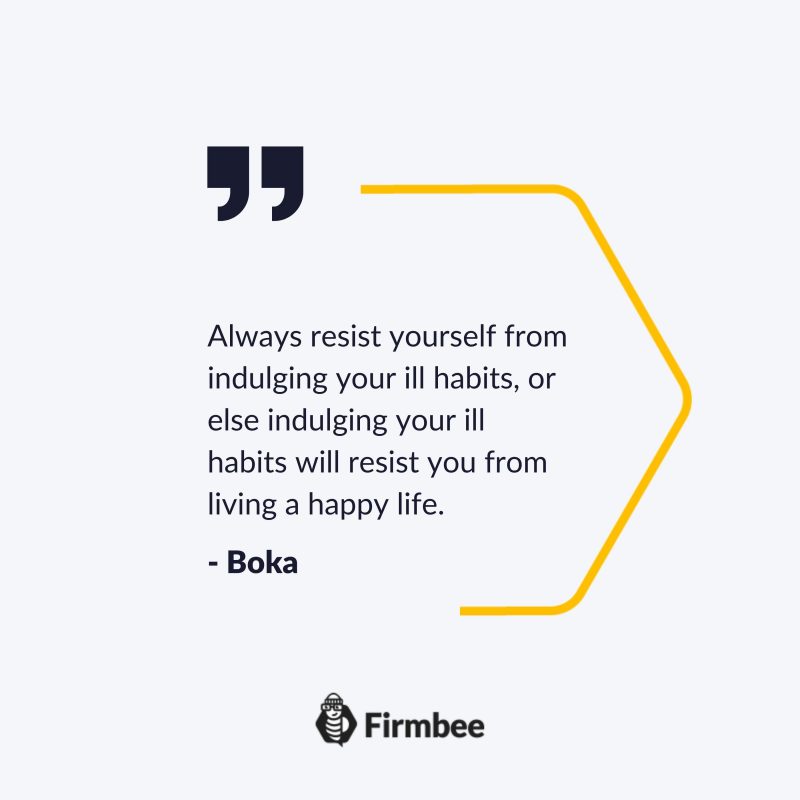 Unfair and ineffective management – some of the managers tend to treat some of their employees better than others, if only differently. The managers that involve in unfair practices may expect that the indiscipline is a matter of time. Practices that managers should avoid are as follows: wage discrimination, work allotment discrimination, low wages, delay of wages.

Bad working conditions – are one of the reasons for indiscipline in the workplace, when the reality of everyday work is intolerable, there is no chance for good performance.

Discrimination – not all employees have anti-discriminatory policies in place. Some have the policies, but don’t deal with discrimination early enough to stop its negative impact. Discrimination in the form of favoritism (promotion, salary increase) is one of the factors that immediately cause indiscipline among employees. Currently all discrimination on the basis of: religion, age, gender, nationality and race is illegal.

Lack of rules and regulations – all companies should have policies that regulate employees conduct in the workplace. To show how important the proper behavior is the managers should not only provide the full information about the required code of conduct but offer training and support. The information about acceptable behavior should not be written only, the proper conduct should be trained, praised and rewarded.

Bad communication – managers should be able to listen to their employees and know their concerns, but without effective communication it is not possible. Every individual wants to be heard and understood, the point of view of employees is usually the source of innovative ideas, hence the managers have to pay attention to what their staff say. Without communication there is no mutual understanding. In companies, where the lack of discipline is observed the communication channels are usually broken or non-existent.

Lack of attention to arising problems – all problems in the workplace have to be dealt immediately. It is not advisable to delay the procedures that could help to solve the problems employees have.

Not enough supervision – each team needs to have contact with their immediate supervisor. Not all issues are serious, not all questions vital, but the presence of the supervisor allows to resolve all the minor issues on the spot. The person, who knows how to deal with disciplinary problems and has the right attitude is able to integrate the employees into effective, well-organized teams. 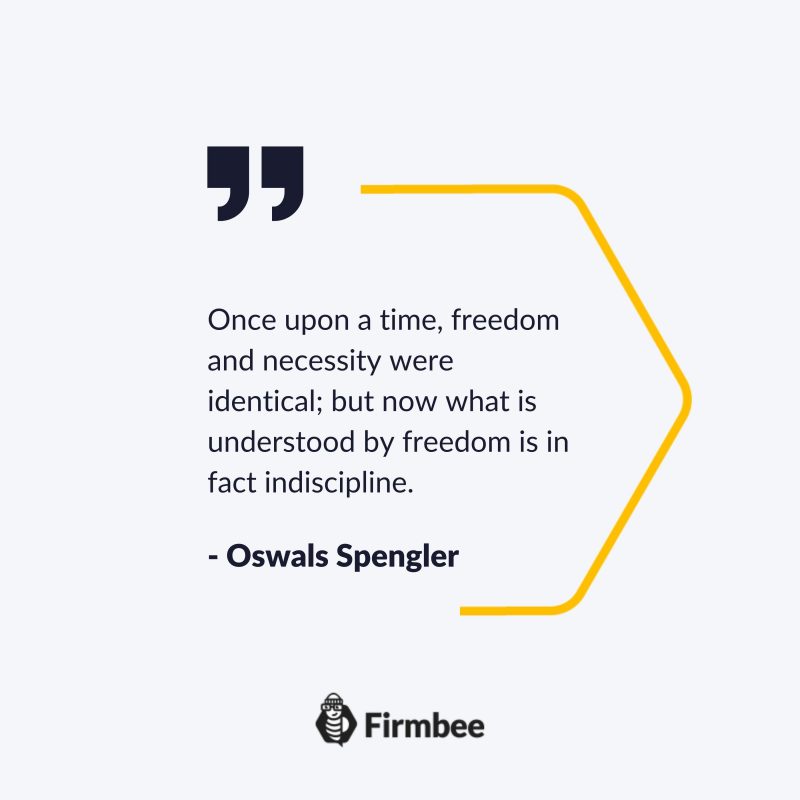 Major infraction of rules – such action are more severe and damaging for the company. These may either influence negatively the morale of the other employees or incur damages to the property of the company. In these group of actions we may enlist: stealing, disobedience, lying, cheating, poor work performance etc.

Grave offences – all the actions of illegal nature fall into this category. Drug abuse, fighting, smoking, bullying, harassment are on the list here.

The most notorious problems with the indiscipline are related to the attendance problems. Employees have smaller or bigger problems with time-keeping or absenteeism. It is the most widespread issue in the companies and generally the most frequent. The second most important example of indiscipline are the actions related to insubordination, when the employees fail to obey orders or use proper safety devices. The next exemplary group includes the behavior such as stealing, lying and plagiarizing. Employees who decide to behave this way cannot be trusted and this forms a serious problem for the organization. 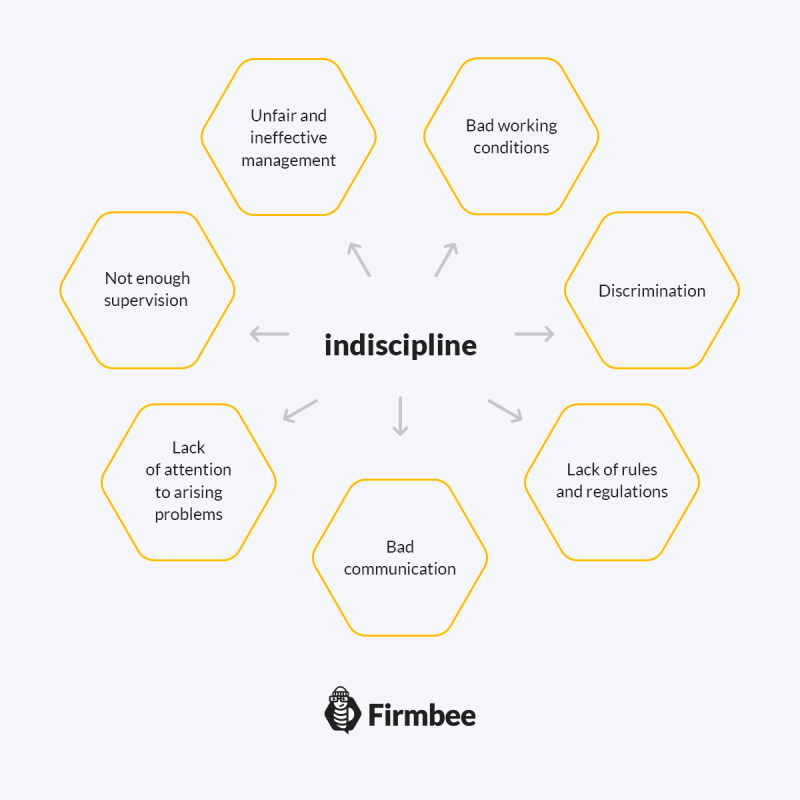 There are many reasons for indiscipline in the workplace. There most important factors can be either cultural or socio-economic. Most of the causes of indiscipline can be linked to the poor management techniques and bad working conditions. The latter group of causes is of personal source. All instances of indiscipline can be divided into three categories: minor offences, major offences and intolerable offences. All may have different cause. Every manager has to be prepared to deal with indiscipline and even more to be able to prevent infractions in the workplace.